Katie McHugh spent the final day that abortion was legal in Indiana at Women’s Med, a low-slung building on an arterial road in Indianapolis’s eastern suburbs.

It was supposed to be her day off last Wednesday, but Dr. McHugh, one of just a handful of physicians in the state who would perform the procedure, didn’t want to be away. So she bought cookies and headed in to lend moral support to the staff and patients of the soon-to-be shuttered facility.

Dr. McHugh plans to carry on her work in other states. Starting later this year, she will juggle jobs at abortion clinics in Illinois and Maryland, and at a hospital in Ohio. It will mean being on the road for days at a time, away from her partner and two teenaged children. But she feels a moral imperative to keep providing the care so suddenly rolled back in her home state this year.

“I find it to be so sad that this place where I grew up, where I have a family, is not allowing me to work or live in a way that honours my individual rights as a person, as a woman,” she said in an interview. 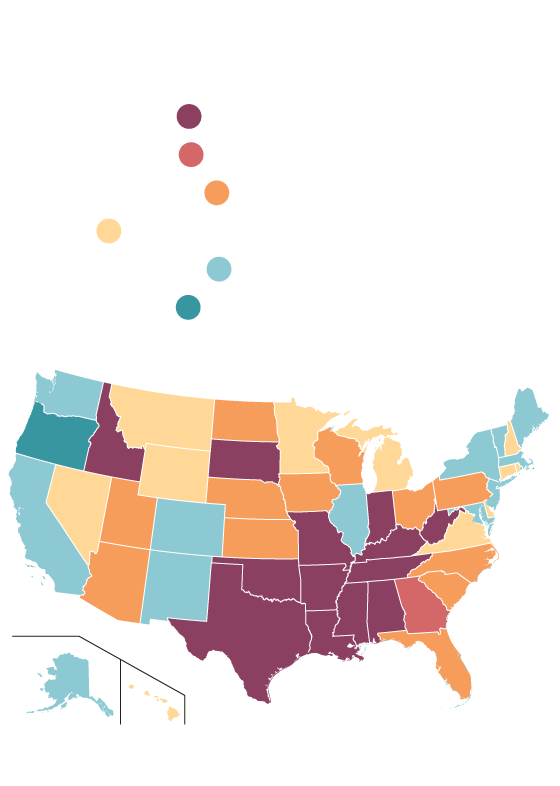 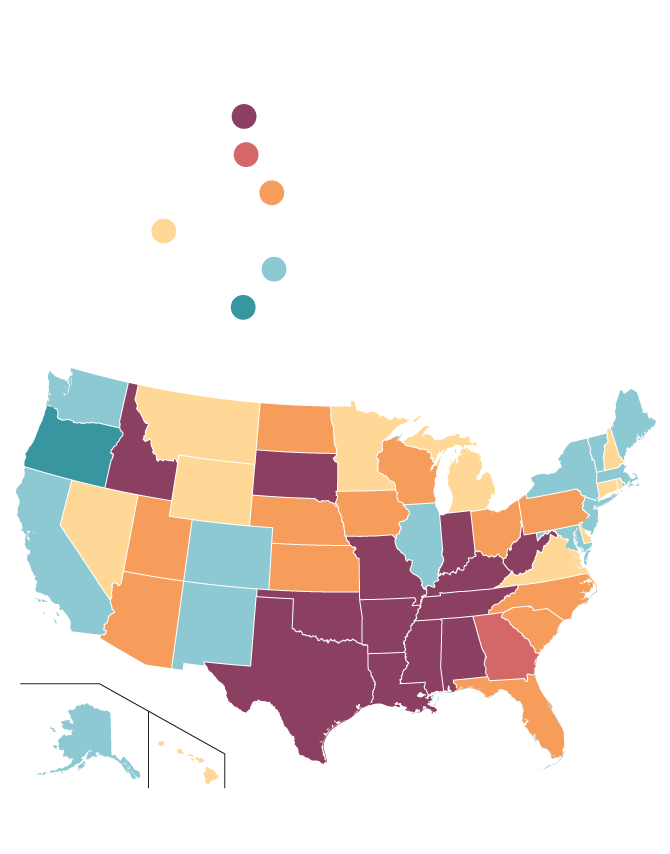 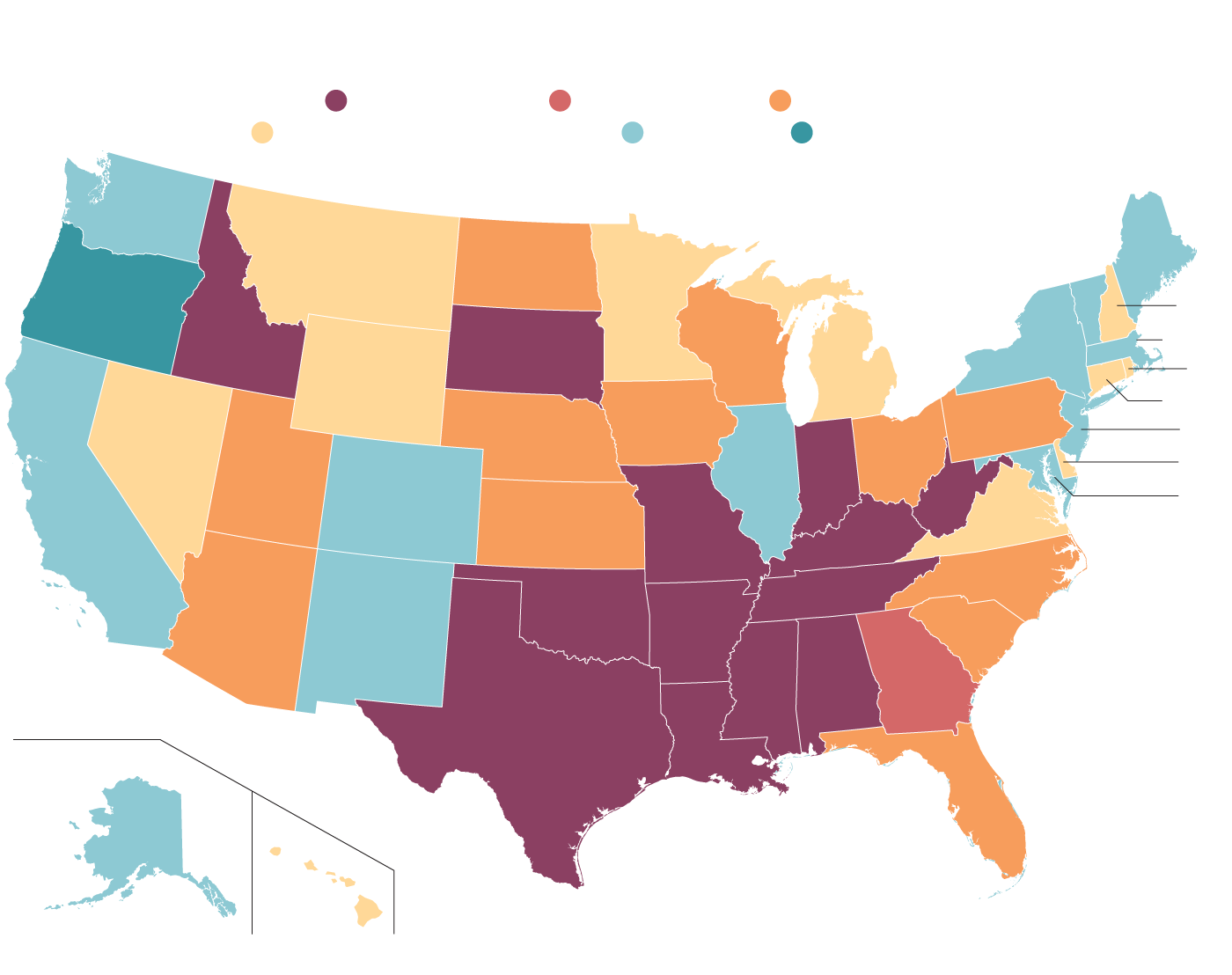 Since the U.S. Supreme Court’s Dobbs v. Jackson decision removed constitutional protections for abortion in June, 13 states have banned the procedure and four have brought in tight restrictions. Ten more are trying to impose bans but are currently embroiled in court battles over them.

In these places, some providers and advocates, like Dr. McHugh, are shifting their efforts to shoring up abortion access where the procedure remains legal. Others are refocusing their work on other reproductive health measures. All are digging in for a long fight.

In Alabama, activist Travis Jackson has had to find different ways to support the right to choose since the state banned abortion in June. The organization he volunteers with, Power House, used to provide a place to stay for patients travelling to Montgomery, the state capital, for abortions. Mr. Jackson, an Iraq war veteran, would escort them past anti-abortion protesters on the way to the clinic.

Now, Power House has switched to handing out pregnancy and HIV tests, Plan B and ovulation test strips. It has also continued organizing protests. Mr. Jackson pointed out that the most marginalized people who already have the greatest difficulty accessing the U.S.’s unequal health care system will be the most hurt by the new laws.

“As long as the ban is in effect, our work has to continue,” he said. “Abortion bans are racist, xenophobic, homophobic and transphobic.”

Power House, however, has to be careful in its work. Alabama’s attorney-general has threatened to prosecute anyone who travels out of state for an abortion, and anyone who tries to help them.

Mr. Jackson said police appear to have his group’s headquarters, in a clapboard house next to the city’s shuttered abortion clinic, under surveillance. He’s seen police cars circle the block multiple times, or sit for an hour or two at a time in a nearby parking lot. Some volunteers have been tailed around town by officers.

“While you don’t want to think like that, I already know what’s going on,” he said.

Wyoming’s lone abortion clinic, meanwhile, has managed to hold off an attempted ban. The state passed a trigger law this past spring, which was set to make the procedure illegal in the event Roe v. Wade was overturned. But Giovannina Anthony, an obstetrician-gynecologist at Women’s Health and Family Care, sued, arguing that the ban violated the state constitution. A judge has barred the law from taking effect until the case can be decided.

Dr. Anthony, based in Jackson, a Rocky Mountain resort town on the state’s west side, describes her corner of the country as “an abortion desert.” Of the six states that border Wyoming, four have either banned abortion, are trying to, or have tightened restrictions. If Wyoming’s ban comes into effect, some patients would have to drive up to seven hours to find care in Colorado.

“There wasn’t much in the way of anti-abortion laws until Trump was in office. Then a lot of moderate Republicans got ousted and the laws started flooding the legislature,” she said. “Historically, Wyoming is a lot more libertarian than it is Bible Belt-y religious. But that has really changed in the last few years.”

Across the country, the bans are breathing new life into Democratic midterm congressional campaigns this autumn. The party has erased the Republicans’ lead in opinion polls, and candidates are focusing on congressional control as the route to reinstating abortion rights, via legislation.

Last week, Lindsey Graham, the South Carolina Republican senator, infuriated his party’s leadership by proposing a nationwide abortion ban, focusing attention on the issue and away from more winnable matters such as immigration and the economy.

Jeannine Lee Lake, the Democratic nominee in a Republican-held seat north of Indianapolis, said abortion has been the top issue for women she’s met on the campaign trail. Even Republican men have confided in her that they aren’t comfortable with their party’s position.

When she speaks on it, Ms. Lake draws on her own experience. She had an abortion in 1988, after being raped during her first year of university. The daughter of a pastor, she couldn’t tell her parents. She had to save up US$300 for the procedure, plus gas money for the two-hour round trip to the clinic, from a job at a mall clothing store.

It was the only decision that made sense. Struggling emotionally, Ms. Lake says, she could barely even go to class, let alone take care of a child. And neither she nor her parents could afford it financially; she had six other siblings still living at home. The idea of facing such a situation now, with an abortion ban in place, is unfathomable.

“The idea that anybody can dictate a private decision between a woman, her body, her doctor, her family and God is asinine. It’s infuriating to me,” she said in an interview after stumping at a union hall in Anderson, an industrial town of 50,000. “Until you’re in that situation, you don’t know how difficult that is.”

On the first day of Indiana’s ban, about 100 protesters descended on the governor’s mansion, marching through a wealthy, leafy neighbourhood in the city’s north end. “Hey, hey, mister, mister, keep your laws off my sister,” they chanted.

Jesica Payne handed out information packets on obtaining abortion pills, one of the few remaining options for women who live in states where the procedure is banned. A former soldier and medical technician, Ms. Payne recently went back to school to study law. Her goal is to fight for reproductive rights in the courtroom in what is shaping up to be a long battle to come.

“I want people to understand,” she said as she passed out papers listing websites for finding the medication, “that hope isn’t completely lost.”