Shinzo Abe, Japan’s former prime minister, was rallying a crowd by a busy intersection in the western city of Nara on Friday morning when what sounded like a large firework went off behind him. As Mr. Abe turned toward the growing cloud of white smoke, another shot rang out and he was struck twice in the chest and neck.

The 67-year-old collapsed to the ground, where bystanders attempted to resuscitate him before he was rushed to an ambulance and then taken by helicopter to a nearby hospital. A team of 20 doctors worked on him for more than five hours, but around 5 p.m. local time, Japan’s longest-serving prime minister, still a giant in the country’s politics, was pronounced dead.

The bullet that killed Mr. Abe was “deep enough to reach his heart,” and doctors were unable to stop the bleeding, a spokesman for Nara Medical University Hospital told reporters.

Police arrested Tetsuya Yamagami, a 41-year-old local man. Photos from the scene showed Mr. Yamagami holding what appeared to be a homemade gun before he was tackled by Mr. Abe’s security staff. Witnesses said he did not attempt to flee after the shooting.

At a news conference Friday night, Nara police said Mr. Yamagami had confessed to murdering Mr. Abe, and was motivated by a “hatred towards a certain group,” to which he believed Mr. Abe was connected. They did not provide any further details about potential motive.

Japanese leader Fumio Kishida said he was “simply speechless over the news of Abe’s death.” 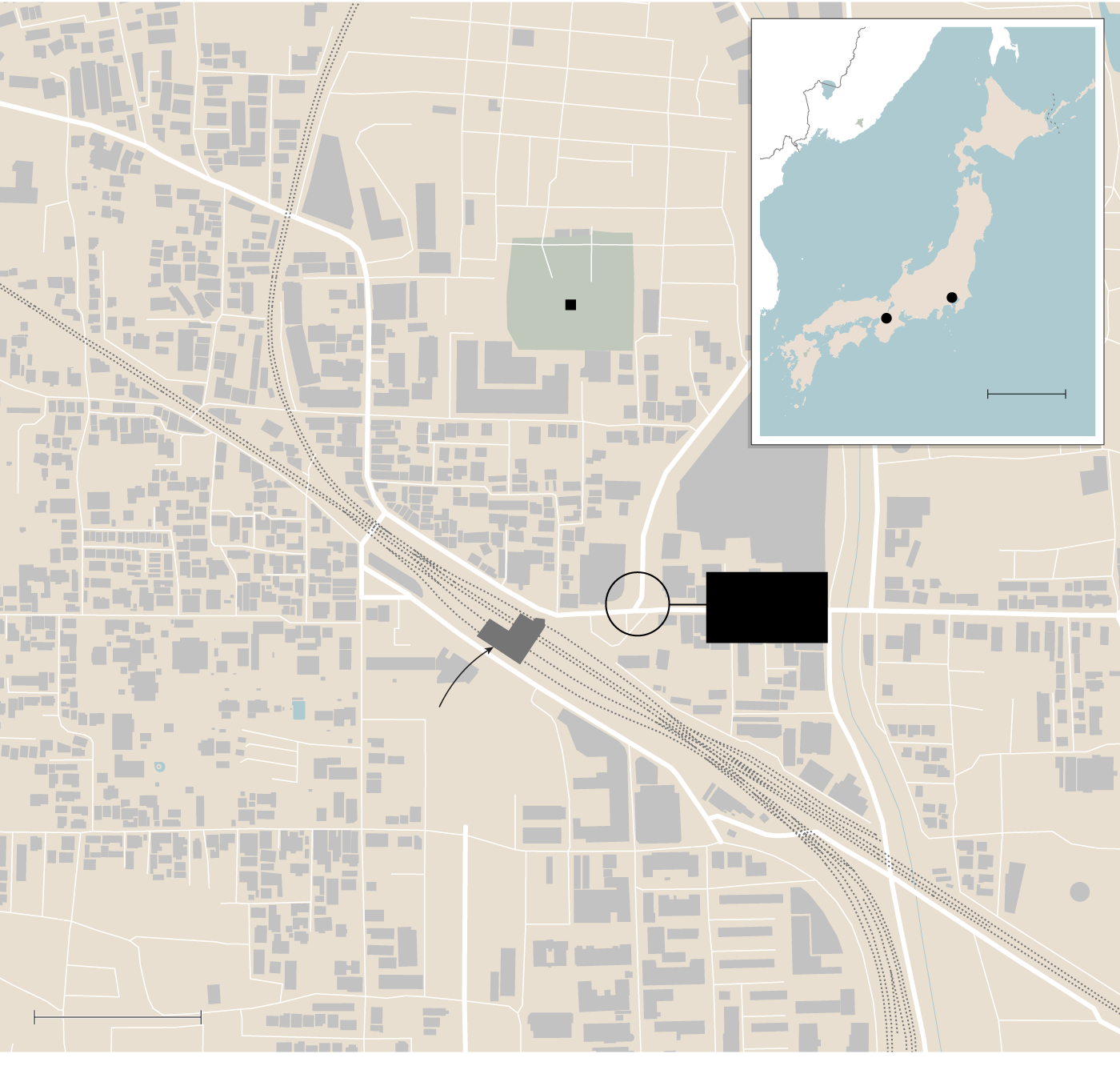 During an earlier news conference, a visibly emotional Mr. Kishida had spoken of his hope that Mr. Abe would pull through, and said doctors were doing everything they could for his former mentor. He called the attack an “act of brutality” and “absolutely unforgivable.”

Mr. Abe had been stumping for a candidate in Sunday’s upper-house elections when he was killed, and while Mr. Kishida and the ruling Liberal Democratic Party called off all events for Friday, the Prime Minister said campaigning would resume Saturday.

“Despite this tragedy, free and fair elections are a foundation of democracy and must be protected,” Mr. Kishida said.

Akie Abe, the former leader’s wife, had flown to Nara, near Osaka, to be by his side and was there when Mr. Abe was pronounced dead.

Gun violence is incredibly rare in Japan, where there are tight regulations on the ownership of firearms. Last year, there were only 10 reported gun-related incidents, according to the country’s National Police Agency.

Police said the weapon used in Friday’s attack was made by Mr. Yamagami, a former member of the Japanese military. Photos from the scene showed a boxy looking gun with a pistol grip and two barrels covered in black tape. Witnesses described it as looking like a small “bazooka” and the shots let out a large amount of smoke and noise.

A search of Mr. Yamagami’s house turned up multiple additional homemade weapons, similar to the one allegedly used in the attack, which police said was 43 centimetres long and made from a mix of materials such as metal and wood.

While the use of a such a weapon suggests a degree of planning by the alleged assailant, Mr. Abe’s appearance in Nara was only confirmed the night before, the local office of the ruling Liberal Democratic Party said.

Footage from Japanese broadcaster NHK showed Mr. Yamagami, dressed in beige trousers, a grey shirt and white face mask, waiting for Mr. Abe by the busy intersection in central Nara where he gave his speech.

Mr. Abe had been speaking for about 30 minutes when Mr. Yamagami opened fire. The first shot did not hit the former prime minister, who turned toward the sound and was struck by a second volley. Mr. Abe fell to the floor following the second shot, bleeding profusely, as Mr. Yamagami was tackled by police.

Politicians across the political spectrum expressed outrage over the attack on Friday.

Kenta Izumi, leader of the opposition Constitutional Democratic Party said the incident was “absolutely unforgivable.” Mr. Abe’s successor as prime minister, Yoshihide Suga, called the attack a “cowardly action that rejects one of the foundations of democracy, campaigning.”

“The world has lost a great man of vision, and Canada has lost a close friend,” Mr. Trudeau said. “My thoughts are with his wife, Akie, and the people of Japan as they mourn this loss. You’ll be missed, my friend.”

U.S. President Joe Biden lauded Mr. Abe as a “champion” of the alliance between the U.S. and Japan, and a bulwark of democracy in East Asia.

“This is a tragedy for Japan and for all who knew him. Gun violence always leaves a deep scar on the communities that are affected by it,” Mr. Biden said in a statement.

First elected to parliament in 1993, Mr. Abe became prime minister in 2006 but had to step down the following year due to poor health. He returned to the premiership in 2012, serving for eight years, the longest stint by any Japanese prime minister.

During that time, he transformed the Japanese economy and staked out a forceful foreign policy, taking hard lines on North Korea and China and building a strong relationship with then-U.S. President Donald Trump.

Even after he retired in 2020, again due to the chronic illness that ended his previous stint as leader, Mr. Abe remained hugely influential in Japanese politics and the LDP in particular, heading what is known as the “Abe faction” of the conservative party.

His immediate successor, Mr. Suga, who previously served as his cabinet secretary, struggled to match Mr. Abe’s popularity, and resigned after just a year in office.

Current Prime Minister Mr. Kishida is a protégé of Mr. Abe’s, but has staked out a number of policies that would break with “Abenomics.” A strong showing in Sunday’s election was seen as a potential chance for Mr. Kishida to step out of his mentor’s shadow and exercise greater control over the LDP.

“Abe’s role has been so outsized for so long, even with his stints in the wilderness,” Tobias Harris, author of The Iconoclast, a biography of the former leader, wrote on Twitter. He said it was “hard to put into words just how shocking” Friday’s shooting was.