As housing prices continue to rise in Canada’s big cities the debate on how to tackle affordability often boils down to where, how and when to build more homes in existing neighbourhoods.

At the macro level, there are election promises from federal and provincial governments that claim to “say yes” to building millions of new homes. But on the micro level, it’s not hard to find examples of bitter fights over the status quo in most cities.

An application by Haven Developments to take two single-family homes in Toronto’s Deer Park neighbourhood and convert them into a 12-unit condo building highlights all the legal and political forces that wage war over building even a single new apartment in Canada’s largest city.

“We’re replacing two households with 12, and this is a very large piece of land for two homes,” said architect Roland Rom Colthoff, of RAW Design, who is doing the plans for the proposal for 101-103 Heath St. “We started working on this in 2018; we’re three years into the process and it is still nowhere. I have much larger buildings that sailed through approvals. And you wonder why we have a housing crisis.” 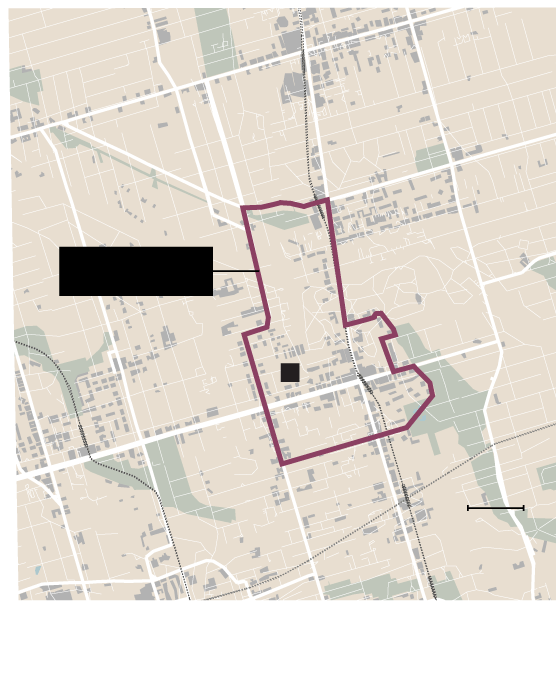 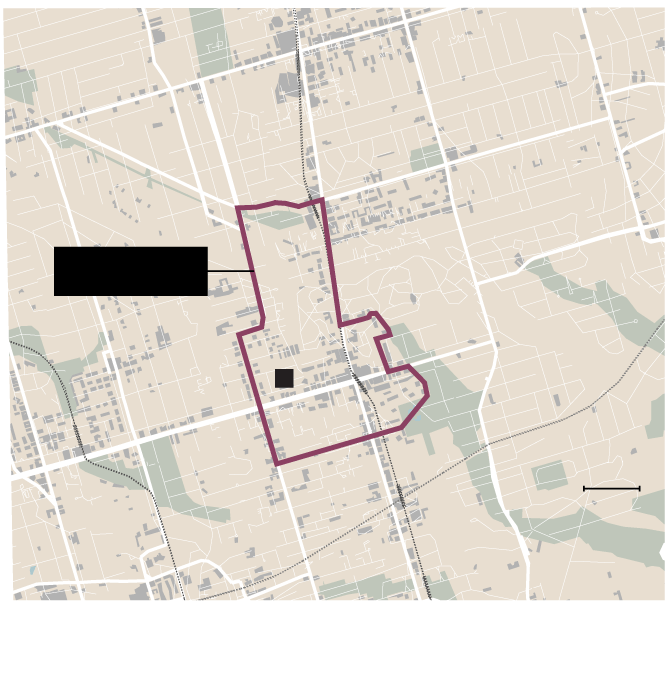 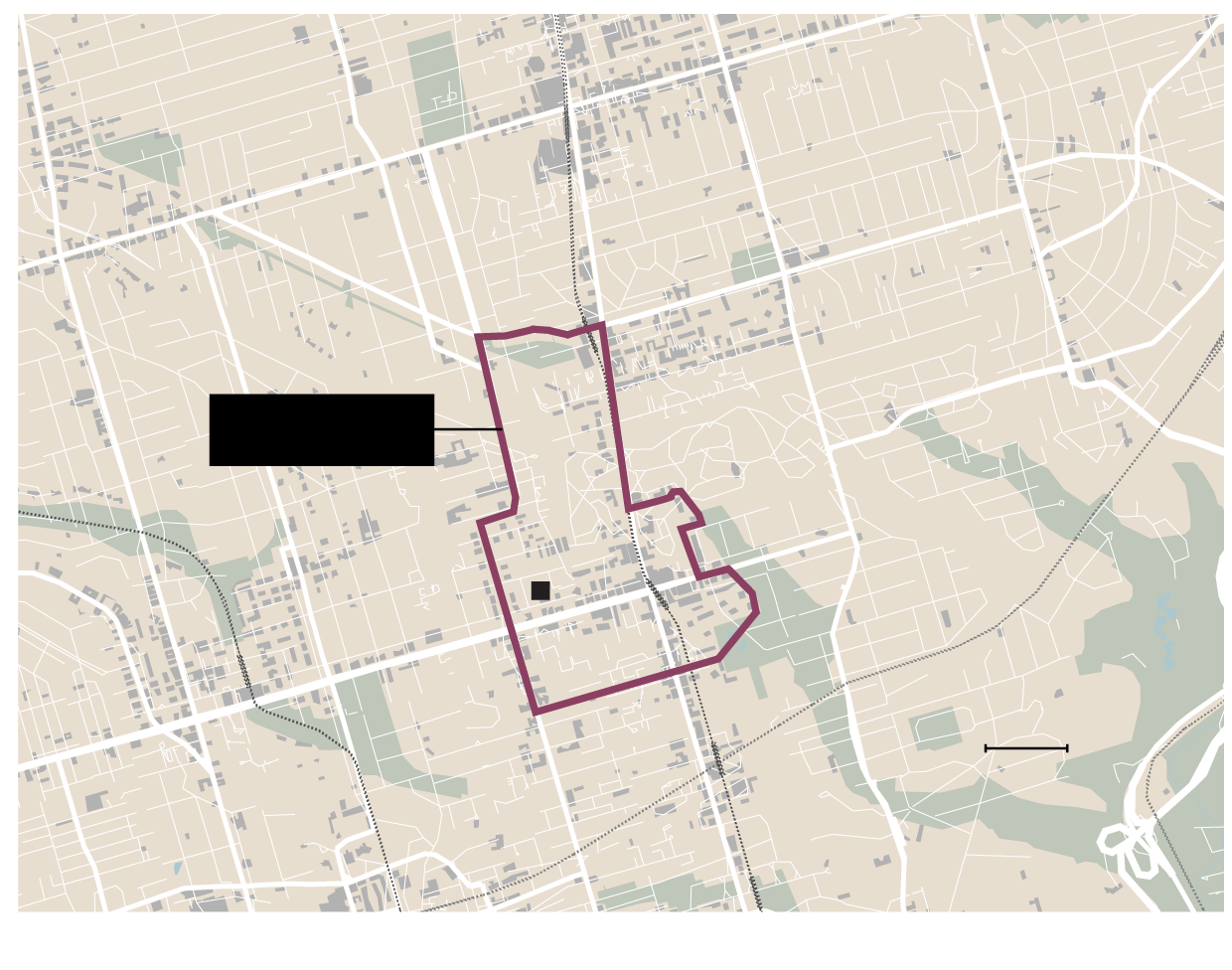 The project is typical missing middle typology: neither a six- to 12 storey mid-rise, nor a single-family dwelling. It is three-storeys tall with a parking garage and it’s in a neighbourhood that has other apartment buildings of the same scale literally across the street. All that is required to build is some minor variance approvals from Toronto’s Committee of Adjustment (COA) on setbacks and a solution for some mature trees that straddle the neighbouring lots.

The project came up for a vote at Toronto’s Committee of Adjustment in July, but a decision was deferred until December. Toronto-St. Paul’s Councillor Josh Matlow does not have a vote on the COA and will not have a vote at council on the development because unlike the typical high-rise building the project does not require by-law changes to go ahead. Nevertheless, he says he did urge the committee to defer a decision in order to arrange for a community meeting between Haven and the neighbours in hopes of forging a dialogue on compromise.

“All the neighbours around the site are objecting to the project, it really does intrude into their properties,” said Cathie MacDonald, the president of the Deer Park Residents Group, and herself an architect and former city planner. At issue is the building’s depth, and nearness to the backyards of multi-million-dollar homes on Deer Park Crescent. The concerns of privacy have led to suggestions that all the second floor windows be frosted glass, that they be smaller, and that there be no walkways along the fence-line (for fear of noise from partying). So far, the attempts at dialogue do not seem to have worked. “We saw some new drawings and it didn’t seem to be changed much. … I think as far as I know it’s all opposition. I haven’t heard of anybody saying they support it,” Ms. MacDonald said.

Haven was last in the news in 2019, when it cancelled a 140-unit condominium project at 625 Sheppard Ave. known as Six25BV. In that instance delays contributed to the project’s failure, as pre-construction prices charged in 2016 were no longer economically viable by 2019.

Paolo Abate, Haven’s chief executive, said he has had nothing but constructive communications with city planning, but blames the politics of NIMBYism on the delays on this new, much smaller, project.

“Housing of this nature should not take the same timeline for a condo that’s 200-units plus,” Mr. Abate said.

Jordan M. Teperman, executive vice-president and general counsel of Haven, said Haven has collected a dozen examples of COA applications with the same sort of height and setback for single-family monster homes that were approved without delay. That said, he acknowledges these apartments will be luxury ownership units in the area, and are not designed to be a piece of the affordability puzzle.

“There’s some people who are going to want to look at this, and say this is an example of the bigger discussion in our city … to turn it into an existential discussion around the missing middle,” Mr. Matlow said. But he rejects that framing, and said he simply had concerns about Haven’s willingness to listen to the community.

“Muliti-family is absolutely not the issue, apartment buildings are permitted in the area,” said Ms. MacDonald, who noted her own grandmother had lived in one of the rental apartments on Heath that are the same size and scale as the proposed Haven building. What changed, she said, is that when those low-rise apartment buildings were constructed in the 1950s there was no restrictive zoning. “They are non-conforming now,” she said. Essentially, the city’s by-laws wouldn’t allow the mixed-income neighbourhood to be built today.

The question of what kind of change the city is willing to accept is a hot topic after recent city hall debates punted on widely studied pro-housing proposals such as legalizing and regulating rooming houses city-wide.

“If it’s simply an argument made by somebody that there can never be any change, that’s not reasonable. What I do not accept, is that only a supply of new housing is going to be the antidote to solving the affordable housing crisis,” said Mr. Matlow, who points to the boom in high-rise condo-construction that has not lowered prices, and at the same time a lack of affordable-by-design and subsidized housing construction in recent decades. “What I’m convinced of is the status quo is not sustainable.”

Mr. Matlow, who according to recent report by Acorn Canada is among the Toronto councillors who have accepted the least amount of money in political donations from the development industry, says he’s waiting to see the study on the missing middle from Toronto chief planner Gregg Lintern before he comes down on whether single-family zoning areas of the city – the two-thirds of the residential land referred to as the Yellowbelt – need to be rezoned to allow for more types of duplexes, triplexes or multi-storey apartments like on Heath.

However, if the example of Haven’s plan on Heath is any guide, even dramatic by-law reforms may not be enough to turn on the taps of new housing construction. The COA vote in December is by no means the end of the road for opponents.

“I fully anticipate they are going to appeal,” Mr. Colthoff said of the Deer Park residents. “They’ve got deep pockets they are upset.”

Your house is your most valuable asset. We have a weekly Real Estate newsletter to help you stay on top of news on the housing market, mortgages, the latest closings and more. Sign up today.

A creek side development drama
October 12, 2021
One-upmanship is skewing Toronto real estate prices
October 13, 2021
opinion
These numbers show how the wealth of your parents is a deal-breaker for first-time home buyers
October 14, 2021