More • Renting is supposed to offer mobility and flexibility. So why do so many tenants just feel stuck? • Stress Test podcast: Rents are soaring. What does it mean for millennials and Gen Z?

Soaring house prices mean more people will rent, possibly forever. But what do we know about this country’s renters? Compared with the attention given to home ownership, renting is a black hole of neglect.

To find out more about life as a renter, we polled recipients of the Carrick on Money e-mail newsletter. Our informal survey received more than 5,200 replies from renters across the country (keep in mind these results reflect the views of our readers – albeit several thousand of them – and should be treated as a snapshot, not a scientific poll).

Here are the survey highlights, with commentary.

Renters: Where do they live, and how old are they?

Most survey participants live in Toronto and Vancouver, which makes sense on two counts. One, the greater metro areas of these two cities are home to about one-quarter of Canada’s population. Two, they’re both drop-dead expensive places to rent. People renting in these cities obviously have a story to tell. The other cities that dominated responses stretch from Victoria to Montreal.

A surprise in the data on the age of renters is that the biggest cohort by far was between 30 and 39 years old. (Think again if you picture the typical renter as someone in their 20s, either in school or recently graduated.) The next largest renting cohort was people in their 40s, followed by twentysomethings. Another surprise was the significant weighting of renters 60 and older. Aging baby boomers show some reluctance to downsize from their family homes, but it’s clearly not unusual to be retired and a renter.

Metaphorically, renting is seen as a prison. But most of the renters we heard from are not living in the close confines of a room, basement apartment or studio/bachelor. Close to one-fifth are renting an entire house, while three-quarters are renting a place with one, two or more bedrooms. Just 7 per cent live in a bachelor, a room or a basement.

Are rentals that cost $1,000 a month or less going the way of the land line phone? Nationally, just 14 per cent of survey participants reported a sub-$1,000 monthly rent. Landlords across the country typically charge between $1,000 and $2,000 per month, but there’s a significant chunk of the market that commands a rent of $2,500 or more. Noticed any “luxury rental” apartments going up in your city? They’re a prime source of expensive rental units.

The average rental numbers also show the correlation between house prices and rents. The two cities with the highest average resale house prices are Toronto and Vancouver. As rental markets, think of Toronto and Vancouver as evenly matched boxers beating on each other for the distinction of being the unaffordability champion. Toronto wins for studio apartments, one-bedrooms and entire houses, Vancouver is most unaffordable for basement apartments and rentals with two or more bedrooms. Want cheap rentals? The data suggests you pay a 60 per cent rental premium in Toronto compared with Montreal for one-bedroom apartments. A studio in Calgary rents for close to half the cost of a similar place in Toronto.

The large number of rental households with two or more people highlights the steep cost of rental accommodations in many cities. Sharing costs with one or more roommates is a way to cope. Note the proportion of renters aged 29 or younger – it’s oddly low, given that this cohort fits the classic renter’s young adult profile. Could these missing twentysomethings be living at home with their parents to avoid expensive rent and save for a house down payment?

Almost one in five survey participants reported paying more than 50 per cent of their monthly income in rent, which sounds like a personal finance dumpster fire. There’s an old rule that rent shouldn’t use up more than 30 per cent of your gross pay. Obviously, that’s not realistic today’s world of expensive housing – rented and owned. Where can you find relief from expensive rents? In our survey, respondents from Saskatchewan, Quebec and the Atlantic Provinces were most likely to put 30 per cent or less of income toward rent.

High rents are more than just a momentary financial burden. They raise questions about how people will scrape together a down payment to buy a house. For lifelong renters, high monthly rents reduce their ability to build the savings they need to compensate later in life for not having home equity.

Given the negativity often expressed about renting, it’s noteworthy 23 per cent of survey participants nationally said they either liked or loved renting, while 22 per cent said they dislike or hate it. Fifty-five per cent said renting has its upside, but they would rather own. Affordability has a lot to do with attitudes toward renting. The happiest renters were in Saskatchewan, Quebec and the Atlantic Provinces, where rental costs are more reasonable. B.C. has the unhappiest renters – a full one in four were in the dislike or hate category.

How long will people rent?

Despair about the prospects for home ownership oozes out of these numbers. Two-thirds of people see themselves as never being able to afford a house, or they’re throwing up their hands on even making a prediction about how long they’ll rent. This country’s strong preference for owning a home can be seen in the slim 11 per cent of people who say they’ll rent forever by choice. Saskatchewan and Quebec renters are most likely to say they’re renting short term, which is another reflection of the affordable rental market in these provinces.

View of friends and family on renting

Yo Canada: Enough with the anti-renting bias. Houses are expensive and some people can’t afford them. Period, end of story. This has to be said in light of the finding that one in three renters nationally feel judged by friends and family about their housing situation. Atlantic Canada stands out for its chill attitude about renting – people there are most supportive to renters and least likely to judge them for not owning. Renters in Ontario and, oddly, Saskatchewan were most likely to feel judged.

The case against renting has many facets – you pay your landlord’s mortgage without building your own equity, you have no control over your living space and you run the risk of being turned out of your rental through a renoviction. Renters can build wealth by investing the money they don’t have to sink into house upkeep and property taxes, and Instagram offers lots of ideas for renters on how to personalize their living space. Now, for some perspective on the renoviction risk. In the survey, seven in 10 people said renoviction isn’t an issue, or it’s on their radar without being a big worry. The remaining minority said they are very worried about a renoviction.

If there’s anything like a renter’s paradise among Canada’s big cities, it’s very likely Quebec. By almost every measure, renters in this province are under less financial stress. Six in 10 renting Quebeckers in our survey spent less than 30 per cent of income on rent, compared with 48 per cent nationally. More people are able to live alone instead of having roommates, and more young people are in the rental market instead of living at home. Watch out, renters of Montreal. House prices in the city are soaring. 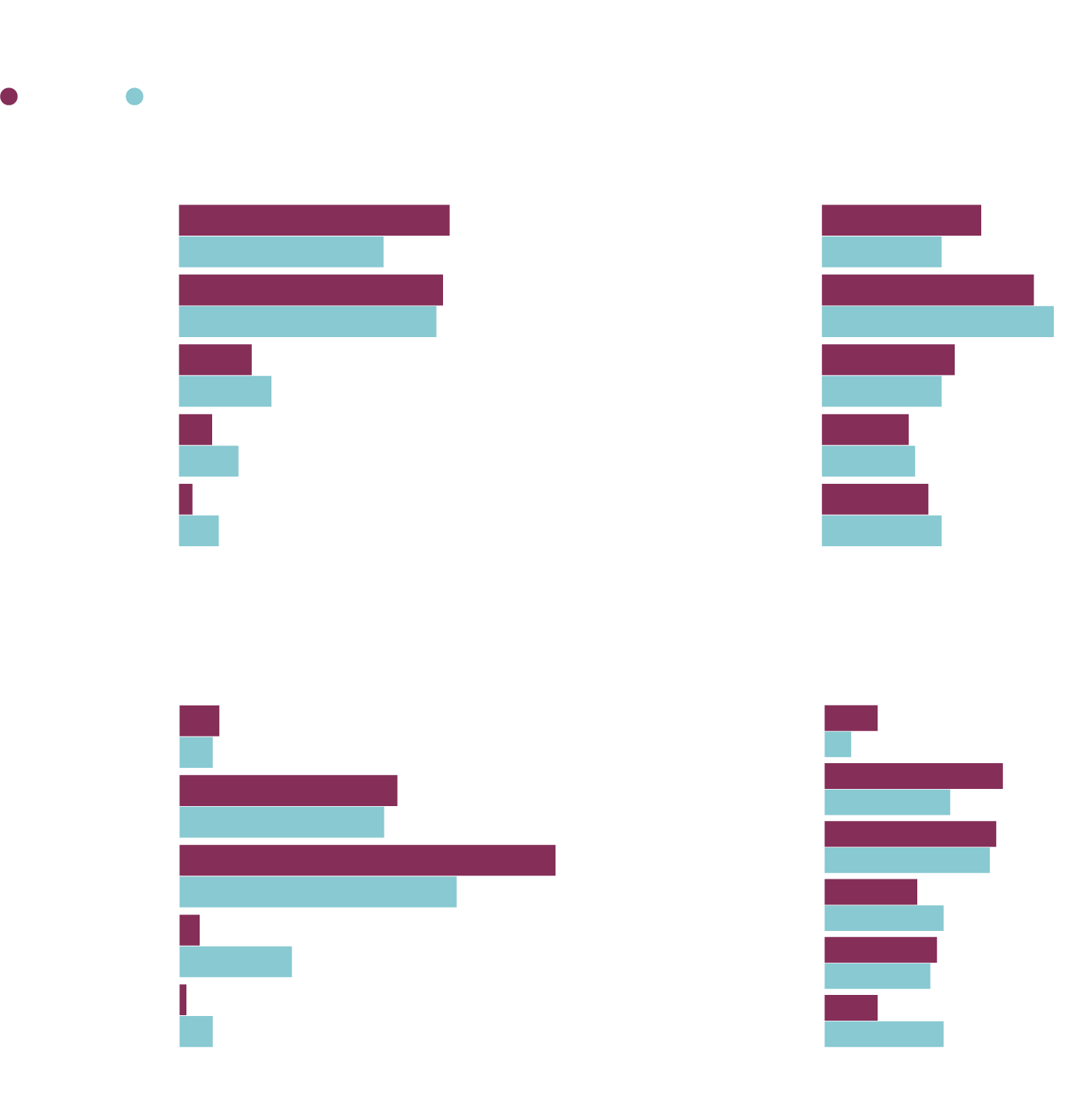 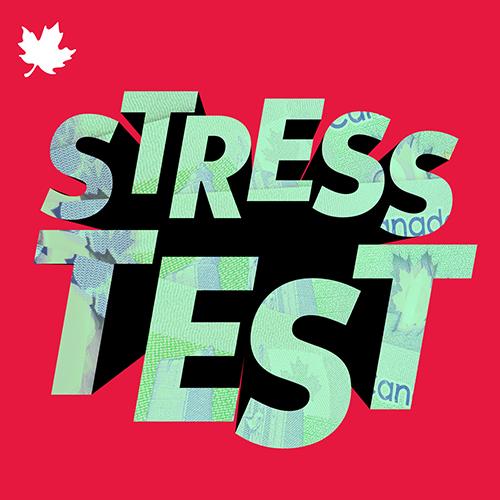 In the latest season of Stress Test, Rob Carrick and Roma Luciw look at the plight of renters in Canada. Have a listen: Rents are soaring. What does it mean for millennials and Gen Z?

If you’re a renter, you already know how unaffordable it’s getting. So how are people dealing with the rising costs? And what does it mean for their other financial goals - and for their life? We hear from a 25-year-old renter in Kelowna, B.C., who says finding a place to live was more stressful than finding a job. Then, we hear from a millennial couple with two young children who are renting in Markham, Ont., and have very different opinions about their current living situation. Plus, Rob speaks to The Globe’s real estate reporter Shane Dingman about what he’s been seeing when it comes to the rental market in Canada and potential solutions to help renters get a leg up.

opinion
The 2022 Globe and Mail digital broker ranking: Does the zero-commission revolution flip the script on who’s best?
February 3, 2022
opinion
Five stress-saving, money-making moves to make while you wait for a March interest rate hike
January 31, 2022
opinion
Families are roadkill on the road to investor profits in the housing market, and this needs to be fixed
January 26, 2022