Even hard-core crypto enthusiasts have to wonder about El Salvador’s announcement this past weekend. The tiny country said it intends to issue US$1-billion in bonds to help finance the construction of a “bitcoin city” devoted to mining the cryptocurrency and powered by geothermal energy from a nearby volcano.

The “volcano bonds” amount to a bet that three not-so-dependable forces – Latin American politics, geological faults and bitcoin economics – can somehow combine to produce a profit. If you have doubts about the likelihood of this trifecta working out as planned, join the club.

However, the announcement does offer a fine moment to take stock of the current state of crypto. At least four developments stand out:

Bitcoin enthusiasts like to tout their favourite crypto as digital gold, a dependable source of value in a world turned upside down by buccaneering central bankers.

The reality doesn’t measure up to the rhetoric. Look at bitcoin’s price and gold’s price over the past three years and it is clear they don’t travel together. Gold enjoyed a nice bump during the early stages of the pandemic but, for the most part, has moved sedately. Bitcoin, in contrast, has soared, then plummeted, then soared again. 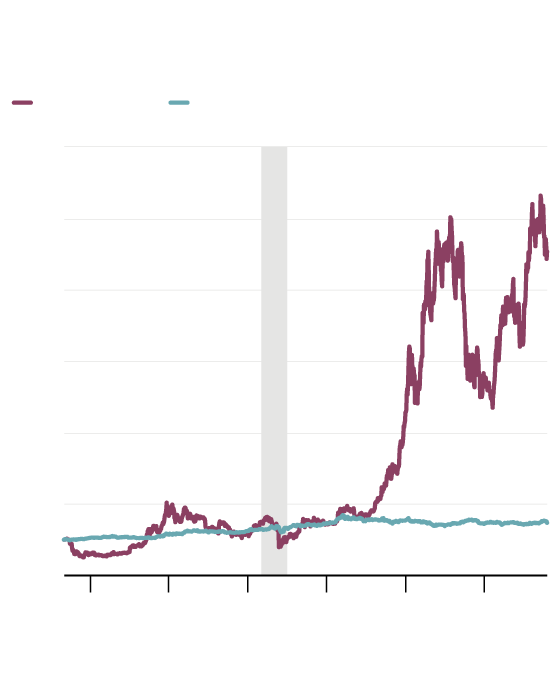 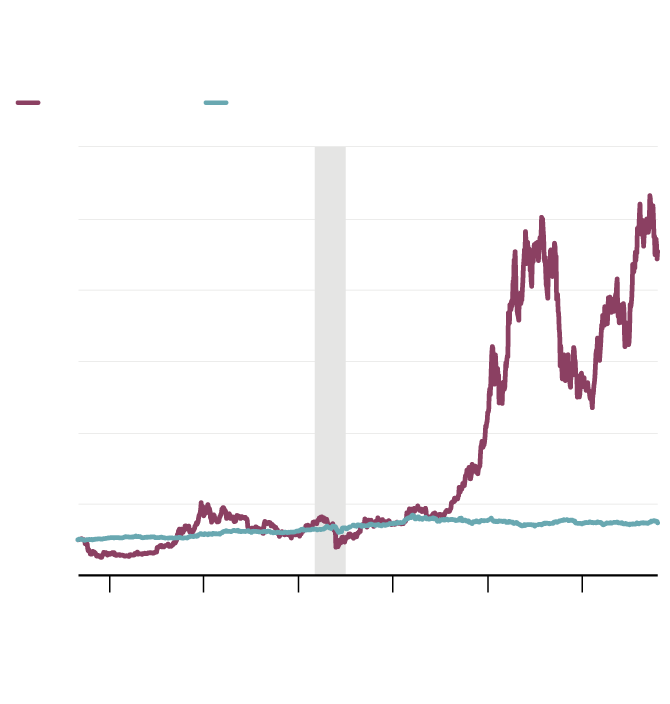 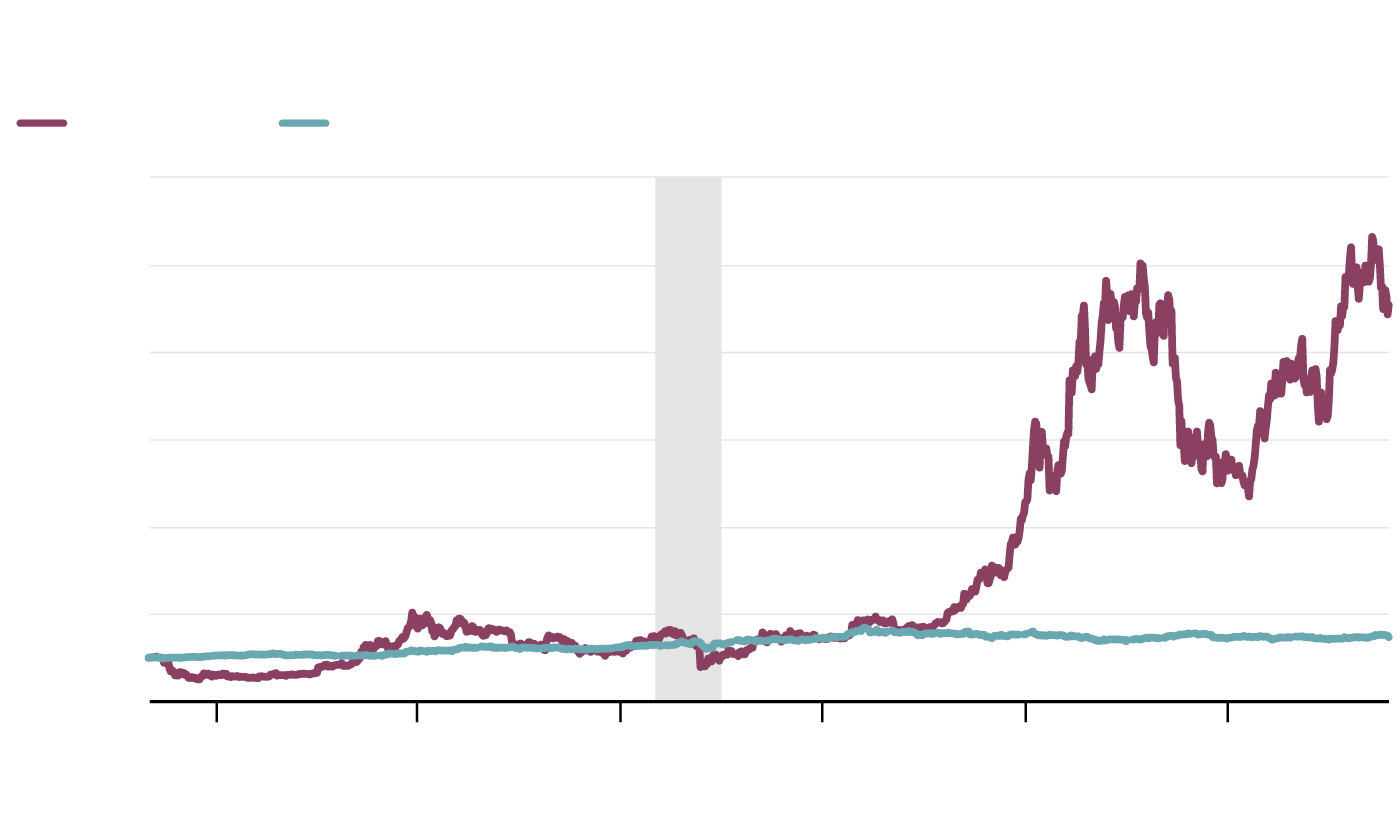 Maybe it’s time to retire the digital gold metaphor. Bitcoin isn’t a volatility dampener; it’s a volatility enhancer. People buy it for a shot at a big payday, not for stability.

China’s decision in May to crack down on its huge bitcoin mining industry has spurred a great migration of miners to other locales. Alberta, Texas, Russia and Kazakhstan are among the destinations vying for their business. The primary appeal of all these locations is cheap electricity – the essential ingredient in powering the massive computer arrays needed to successfully mine bitcoin.

El Salvador wants in on this action. Its pitch is that it can also provide cheap power by tapping the heat from its volcanoes. Better yet, this power will be non-polluting.

Maybe so. It’s worthwhile noting, though, that bitcoin mining is noted for the large amounts of heat it generates. Bitcoin miners have previously tended to congregate in cooler climates because a touch of frost in the air can help reduce the cost of air conditioning needed to keep heat-spewing computers in running order. El Salvador’s warm climate seems less than ideal for that purpose.

One of the standard criticisms of crypto is that there is no limit on the number of cryptocurrencies that can be created. Any one crypto can limit its supply in an attempt to create a scarcity value around its currency, but people can just invent rival systems.

The nearly infinite supply of potential cryptocurrencies suggests that the long-run value of any single one should be limited. But, for now, public sentiment insists otherwise. Investors are loading up on a host of competing cryptos. Particularly notable is the rise of ether, which has long played Robin to bitcoin’s Batman, but is now outpacing it in many respects.

How will all this play out? Nobody knows. But crypto investors are now having to face many of the same issues as conventional investors. They must assess competing claims, diversify and manage risks.

One of those risks is technological obsolescence. Economics commentator Noah Smith recently argued that bitcoin’s future is murky if ether develops as planned, with a more efficient transaction-processing protocol. “At that point, it seems to me, bitcoin will be an older, inferior technology, whose value is sustained only by sentiment and inertia,” he recently tweeted.

Rebels with a marketing department

Crypto enthusiasts used to pride themselves on operating outside the establishment. Not any more. China’s brutal crackdown on crypto has underlined the need to keep authorities onside.

Part of El Salvador’s pitch to the crypto crowd is the assurance of a friendly regulatory environment. The country has even recognized bitcoin as legal tender.

Crypto companies are seeking respectability in other ways as well. Crypto.com, a previously low-profile crypto exchange, agreed earlier this month to pay a reported US$700-million to put its name on the Staples Center, home of the Los Angeles Lakers, Clippers and Kings.

But regulators may not be sports fans. The Federal Reserve and other prominent U.S. policy-makers said on Tuesday that they plan to probe the “potential opportunities and risks” that crypto poses for the banking system. They said they will provide “greater clarity” next year “on whether certain activities related to crypto-assets conducted by banking organizations are legally permissible.”

If all goes as planned, this clarification about the legal status of crypto in the world’s largest financial market will come around the same time as the launch of El Salvador’s volcano bonds. It will make for an interesting juxtaposition.

Be smart with your money. Get the latest investing insights delivered right to your inbox three times a week, with the Globe Investor newsletter. Sign up today.