Canadian home prices have been climbing for two decades, but the past two years have broken all records.

The 28-per-cent surge in Canadian home prices during that stretch reflects a pair of key policy choices. Each is worthy in itself, but a problem when taken together.

The first is Ottawa’s desire to rejuvenate Canada’s aging work force by expanding immigration. The second is the Bank of Canada’s determination to cushion the pandemic economy with ultralow interest rates.

“When you can borrow money for 1.5 per cent a year and invest it in an asset rising 20 per cent a year, you have to be an idiot not to sign up for that deal,” says John Pasalis, a real estate researcher and owner of Realosophy Realty Inc., a Toronto real estate brokerage.

The problem comes when the tsunami of demand unleashed by rapid population growth and low rates smashes into a supply of homes that isn’t growing nearly as quickly as it should. Across Canada, new homes are being added only slowly, at a pace well below what the market could absorb, because of impediments ranging from faulty population forecasts to determined resistance from homeowners in established neighbourhoods.

The mismatch of supply and demand is nearing crisis proportions. Canada now has the lowest number of housing units per capita of any Group of Seven country, according to Jean-François Perrault, chief economist at Bank of Nova Scotia. He calculates the country would need an additional 1.8 million homes simply to reach the average housing-to-population level common in other advanced economies. Looking across the country, it will require “years and years” of determined building to bring supply back into line with demand, Mr. Perrault says.

That suggests today’s lofty prices have solid long-term support – something that should cheer the hearts of both home owners and real estate speculators. In the short and medium turn, though, other factors are also going to play a role in shaping Canada’s housing market.

The most important force to watch is interest rates. The near-zero rates that have helped fuel the massive run-up in Canadian home prices over the past two years are finally on the verge of turning higher. If the Bank of Canada tightens policy as expected, today’s red-hot real estate prices could soon face the cooling impact of higher borrowing costs.

Everyone can spin a scenario about how this clash of forces will turn out. But one possibility that gets surprisingly little attention is the prospect that the market could do something it hasn’t done for a long time – sit still.

As hard as it may be for today’s real estate speculators to believe, Canadian home prices didn’t always soar or swoon. From 1975 to 2000, residential property prices were remarkably steady, climbing barely half a per cent a year in after-inflation terms, according to the Bank for International Settlements (BIS), a global financial watchdog.

Could we be in for a repeat of that long slumber? Before considering the possibility, it might help to remember how we got to this point.

Housing mavens like Mr. Pasalis draw a distinction between the Canadian housing market pre-2015 and post-2015. “There was a very big shift in house price dynamics around that point,” he says.

Inflation is the easiest factor to get a handle on. While prices in Canada’s 11 major cities soared an average of 146 per cent from 2000 to 2015, according to the Teranet House Price Index, a good chunk of that increase reflected generally rising prices on everything.

Strip out the cumulative effect of inflation and “real” home prices – that is, after inflation – were up only 90.3 per cent, according to the BIS. That is still a whopping increase, of course, but it is not nearly as large as the unadjusted numbers would suggest.

The rise in real home prices looks even smaller if you set it against the rise in real incomes over the same period. Median after-tax incomes, in inflation-adjusted terms, climbed 18.7 per cent from 2000 to 2015, according to Statistics Canada. Those rising incomes allowed Canadian families to spend more for housing while keeping their shelter spending constant as a proportion of their incomes.

In a 2019 research paper, Bank of England researchers David Miles and Victoria Monro looked at the effect of interest rate moves on British home prices. They concluded that “if the risk-free rate [of interest] moves by just 1 per cent, this can result in real house prices ultimately moving by roughly 18 per cent in the opposite direction.”

Similar logic would seem to apply for homes, which also dispense their benefits over decades. If so, and we estimate that real interest rates fell by at least three percentage points in Canada between 2000 and 2015, the Bank of England model suggests home prices would be expected to go up about 54 per cent.

Put together inflation, income growth and falling interest rates and you can explain most of the increase in Canadian home prices between 2000 and 2015. To be sure, this high-level view leaves out lots of interesting elements – the possible role of foreign money, for instance, or the state of local politics in Toronto and Vancouver – but it suggests you don’t need to put a lot of weight on those additional factors to explain the broad contours of the Canadian housing market circa 2015.

At the time, well-informed experts thought supply was running pretty much in line with demand. A Parliamentary Budget Officer report in 2016 acknowledged that construction of new housing units had fallen behind the number of new households between 2012 and 2015. However, it saw the relatively modest shortfall as merely cutting into the existing surplus of houses.

“We estimate that there was still some excess supply in terms of the overall stock of housing units in 2015,” the report declared. It added that it expected the housing stock to return to balance over the years ahead.

So what went wrong? Since the start of 2015, Canada’s housing market has been anything but balanced. Home prices in Canada’s 11 major cities jumped 73 per cent during that seven-year stretch, according to the Teranet House Price Index. Moreover, they did so in erratic fashion, spiking more than 20 per cent between 2016 and 2018 and again during the pandemic.

The planning problems had their roots in moves by the governments of both Stephen Harper and Justin Trudeau to attract more international students to Canada. That was followed by the Liberal government’s moves to radically boost immigration targets, from around 260,000 newcomers annually before 2015 to more than 400,000 a year post-2020.

These population-boosting initiatives arguably make good sense, given Canada’s aging work force. However, the rapidity of the population increases took planners by surprise, especially in Ontario, the epicentre of the housing crisis.

Planners in that province severely underestimated population growth from international sources, especially in the Toronto to Hamilton area, according to a recent report from the Smart Prosperity Institute, a think tank based at the University of Ottawa.

The province’s population, which had been growing by 120,000 persons a year, suddenly started expanding by an average of 200,000 people a year between 2015 and 2020. The influx consisted of more international students, more immigrants, and more Canadians moving to Ontario after the oil price collapse of 2015.

Ontario was simply not ready for such a surge. Faulty forecasts led communities across the province to underestimate the need to build crucial infrastructure, which in turn put a cap on developers’ ability to build homes, especially in Toronto. Young families started flooding out of the metropolis in search of affordable housing, driving up prices across a broad stretch of Southern Ontario. 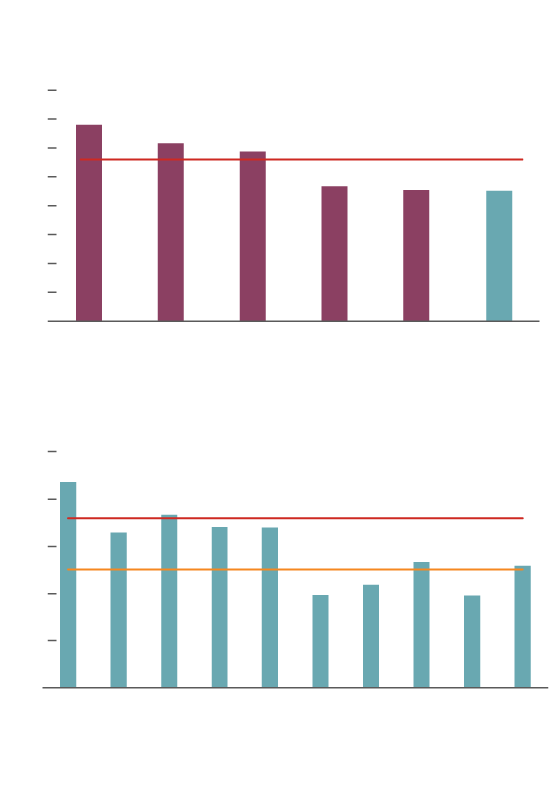 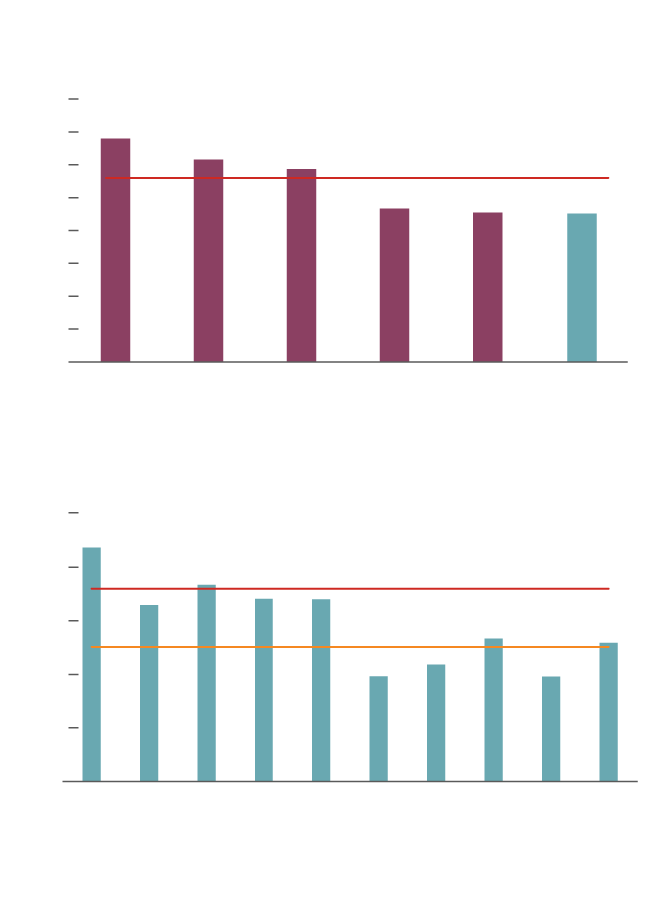 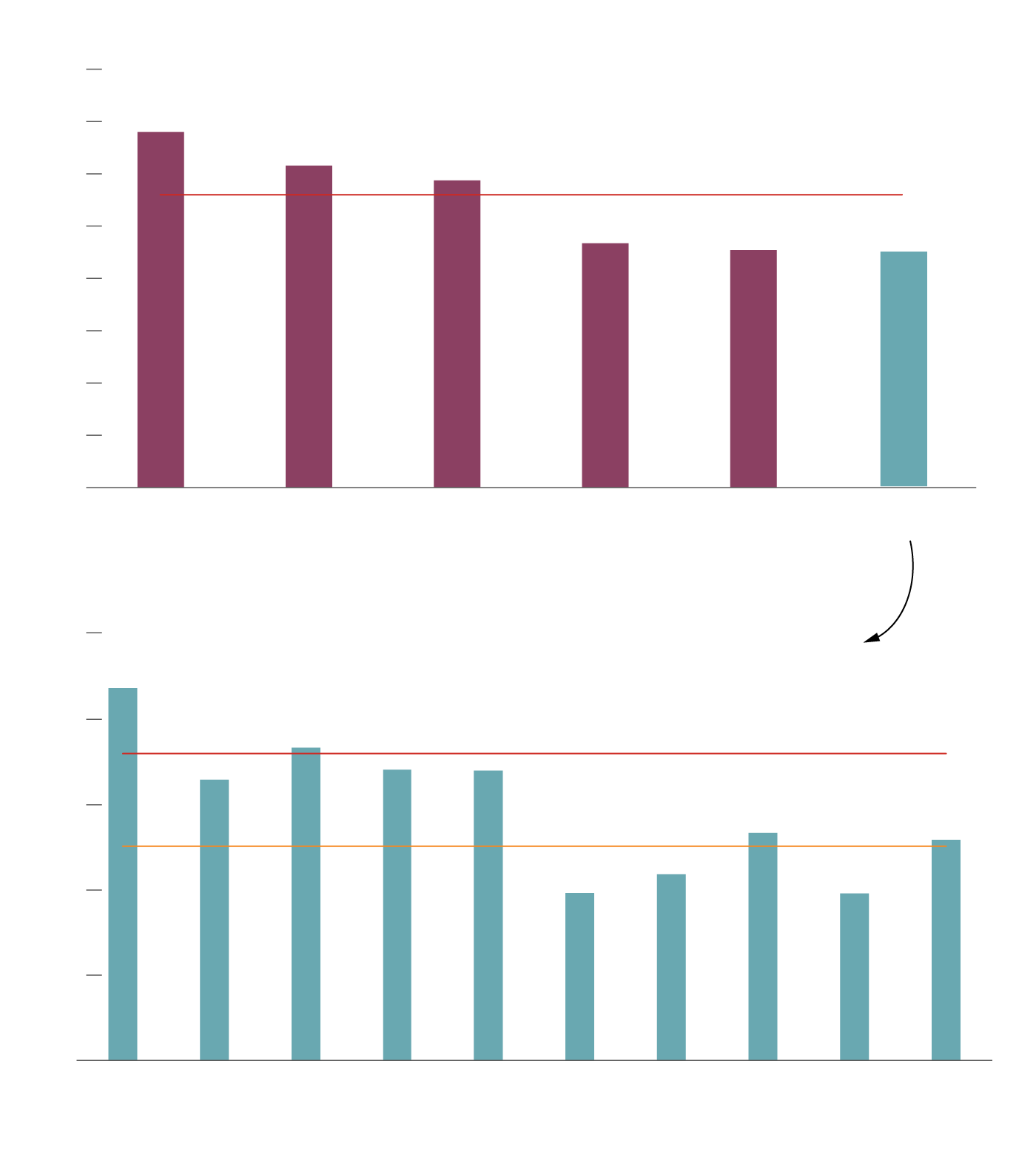 “We don’t have policies or systems in place, either at the municipal or provincial levels, to account for rapid population growth, especially if that growth is unexpected,” says Mike Moffatt, senior director of the Smart Prosperity Institute.

In an ideal world, policy makers and builders may have devised ways to grapple more aggressively with this challenge. But then the pandemic intervened.

Central banks slashed rates to help locked-down economies after the coronavirus struck in early 2020. The abrupt and unexpected fall in rates was followed by a boom in home prices, not just in Canada, but across a broad swath of the developed world.

In the United States, the S&P/Case-Shiller U.S. National Home Price Index jumped 29 per cent over the past two years, pretty much in line with the 28-per-cent gain in Canada’s Teranet House Price Index. Home prices in Australia and New Zealand rocketed ahead by similarly astounding amounts. In the third quarter of 2021, global house-price growth hit a record high, according to the Economist magazine.

The international evidence suggests the latest wave of home prices increases owes a lot to the mechanical effect of crisis-era interest rate cuts, combined with a pandemic-inspired surge in second-home buying and a shortage of building supplies. But it also raises concerns about what will happen as interest rates rise and life returns to more normal conditions.

A good place to start thinking about what comes next is to focus on what Mr. Perrault at Scotiabank calls the single most important fact about the Canadian housing market – the huge imbalance between supply and demand.

“None of this is rocket science,” he says. “We simply have not been building enough homes.”

It is difficult to argue with his logic. An Ontario task force report this month argued that 1.5 million more homes must be constructed in that province alone over the next decade to meet demand. It will take years, though, for any new rules and new construction to have a material effect on home prices.

That brings us to the other undeniable fact of Canada’s current housing market: its unaffordability. Mr. Pasalis, the Toronto real estate broker, points out that only about 10 per cent of low-rise homes in Toronto now sell for under $1-million. “Most people simply can’t afford it,” he says.

This is true across much of the country. Home prices jumped 31 per cent over the past year in Halifax, 15 per cent in Montreal and 21 per cent in Victoria. Nationwide, the housing affordability measure compiled by Royal Bank shows ownership costs as a percentage of median household income are now at their highest level in 31 years. And those ownership costs are only going to grow if interest rates rise, as expected over the next year.

Stagnation doesn’t have to mean absolute steadiness, of course. It could merely mean a long period in which prices remain stuck in a narrow corridor, while salaries edge ahead to the point where homes are once again affordable. In some ways, this would resemble the 1975 to 2000 period, when home prices bobbed up and down but only inched ahead in real terms over a quarter century,

For homeowners and speculators, a return to such a sleepy dynamic would be a shock. They would have to adjust their expectations for rapid gains and settle for once again seeing homes as shelter, not a financial investment. But after two decades of real estate frenzy, a prolonged slumber could go a long way to restoring national sanity.

opinion
Trouble lies ahead for the Canadian housing market
February 18, 2022
‘The Madness of King Housing’
February 16, 2022
Canadian ‘housing does not always and everywhere rise in value’: BMO
November 25, 2021