The City of Abbotsford on Tuesday night issued an urgent plea for residents to immediately leave the Sumas Prairie, saying the imminent failure of a pump station is anticipated to be a “catastrophic” event that could pose a significant risk to life.

On Wednesday, Abbotsford Mayor Henry Braun announced that almost 200 people had been evacuated safely. He added that Fraser River levels were dropping.

City officials had issued an urgent warning on Tuesday morning, but Mr. Braun said that night that an estimated 300 people remained in the area, a broad expanse of farmland southeast of Abbotsford’s centre. Conditions worsened Tuesday evening, with Mr. Braun calling an emergency news conference to say that if even one of the four pumps at the Barrowtown Pump Station were to fail, water from the Fraser River would begin entering the already flooded area.

“If there is anyone still in Sumas Prairie and listening or watching to this press conference, you need to leave immediately,” he said. “If you can’t leave, please call 911 for support.”

That hour, a steady stream of cars was seen leaving Sumas Prairie, heeding the city’s call. Many were travelling in convoys. Some were towing horse trailers with animals – one final rescue.

First fire, now floods: Why B.C. is trapped in a world of climate extremes

Hope amid the chaos: Disaster brings out the best in British Columbia’s flood-hit communities

A dusty, white motorcycle and a cherry red 1980s Camaro were driven out, along with several large tractors and some heavy machinery. Many pickups carried full loads: animal feed, mattresses, a canoe.

Officials planned late Tuesday to sandbag around the pump to buy time. At 9 p.m., the city shut off water in the Sumas Prairie, as a water main breached due to erosion.

Abbotsford Police Chief Constable Mike Serr said that, should a pump fail, the department will send out an alert to mobile phones in Abbotsford and Chilliwack through the province’s emergency alert system.

Earlier Tuesday, the B.C. government fielded questions about its warning system, with Public Safety Minister Mike Farnworth saying there was little more the province could have done to alert residents to the powerful rainstorm that battered the southern part of the province, displacing thousands from their homes and leaving at least one dead.

The Minister said the province issued streamflow warnings to local communities, DriveBC provided information on road conditions and that weather networks reported on the rain.

“But what we saw was an absolutely unprecedented, torrential deluge like we’ve never seen before,” he said Tuesday. “There was a lot that was undertaken. Obviously, after any event such as this, the province assesses what’s taken and lessons learned, and plans for the future.”

On Tuesday, search and rescue crews continued to scour wreckage and debris fields. Dikes have burst, farms have flooded and cities are underwater. British Columbians weren’t able to commute on the major highways, every one of which has been affected. Mounties say they have received two missing people reports and believe that other occupied vehicles may have been lost in one of Monday’s mudslides.

Some officials and a government-commissioned report have warned for years that the province – which just this year also experienced one of its worst wildfire seasons on record and an unprecedented heat dome that killed nearly 600 people – needs to better prepare for such catastrophes.

Among the criticism, some have said the province should have better alerted residents to the severity of the forecasted weather. British Columbia remains unique among all of Canada’s provinces for never issuing alerts directly to mobile phones during an actual crisis, despite Mr. Farnworth having acknowledged months ago the service has capabilities the province’s warning systems lack.

“It’s clear we need to better prioritize the expansion of the Alert Ready system in B.C.,” Mr. Farnworth told The Globe and Mail in July.

The direct-to-mobile alerting capabilities were rolled out nationally in the spring of 2018. The system is scheduled to sound off in most provinces for a national test run on Wednesday, but this will have nothing to do with the most recent disaster that flooded homes, destroyed highways and left marooned drivers sleeping in cars as they await rescue.

RCMP say the one confirmed fatality is that of a woman from the Lower Mainland whose body was recovered late Monday from the mudslide that happened across Highway 99, near Lillooet. Authorities are asking anyone who may not have heard from friends or family in the area to contact their local police detachment.

Experts say the floods are the latest example of how Canada’s national public alerting system is a dangerously uneven patchwork.

“What we don’t have is an operational standard,” said Ernest MacGillivray, New Brunswick’s former director director of emergency management and emergency services. “We used it one way in New Brunswick. Ontario centralizes everything. B.C. doesn’t use it all and Alberta does their own thing. The lack of an operating guideline is an issue.”

He pointed out that Prime Minister Justin Trudeau’s cabinet could play a constructive role now that Bill Blair has been shuffled into newly defined role, as Canada’s first federal minister focused solely on emergency preparedness.

“A good question for Bill Blair actually, is ‘Do we need an emergency alerting law in this country, to impose some consistency?’” asked Mr. MacGillivray. “The challenge the feds always have in this country is that public safety and security is predominantly within provincial powers.”

In May, 2016, officials from several provincial bureaucracies including Emergency Management BC wrote the federal government to say such capabilities would be sorely needed in their province in the years to come. 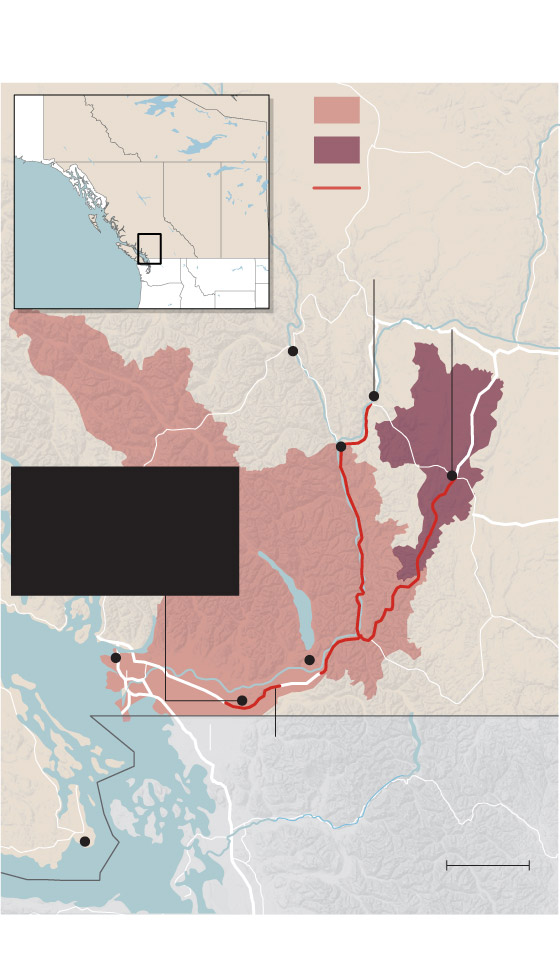 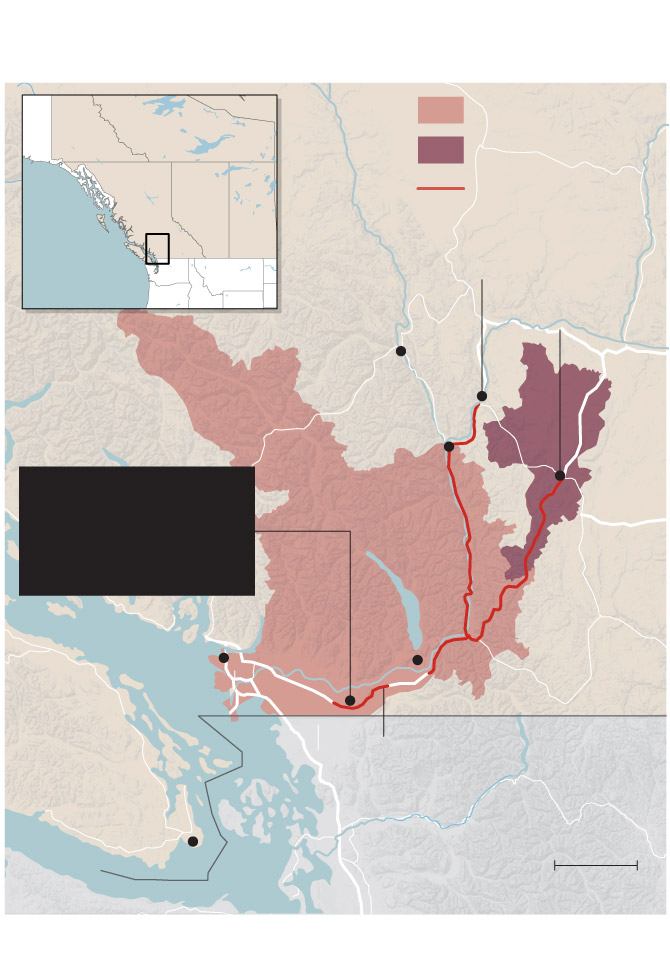 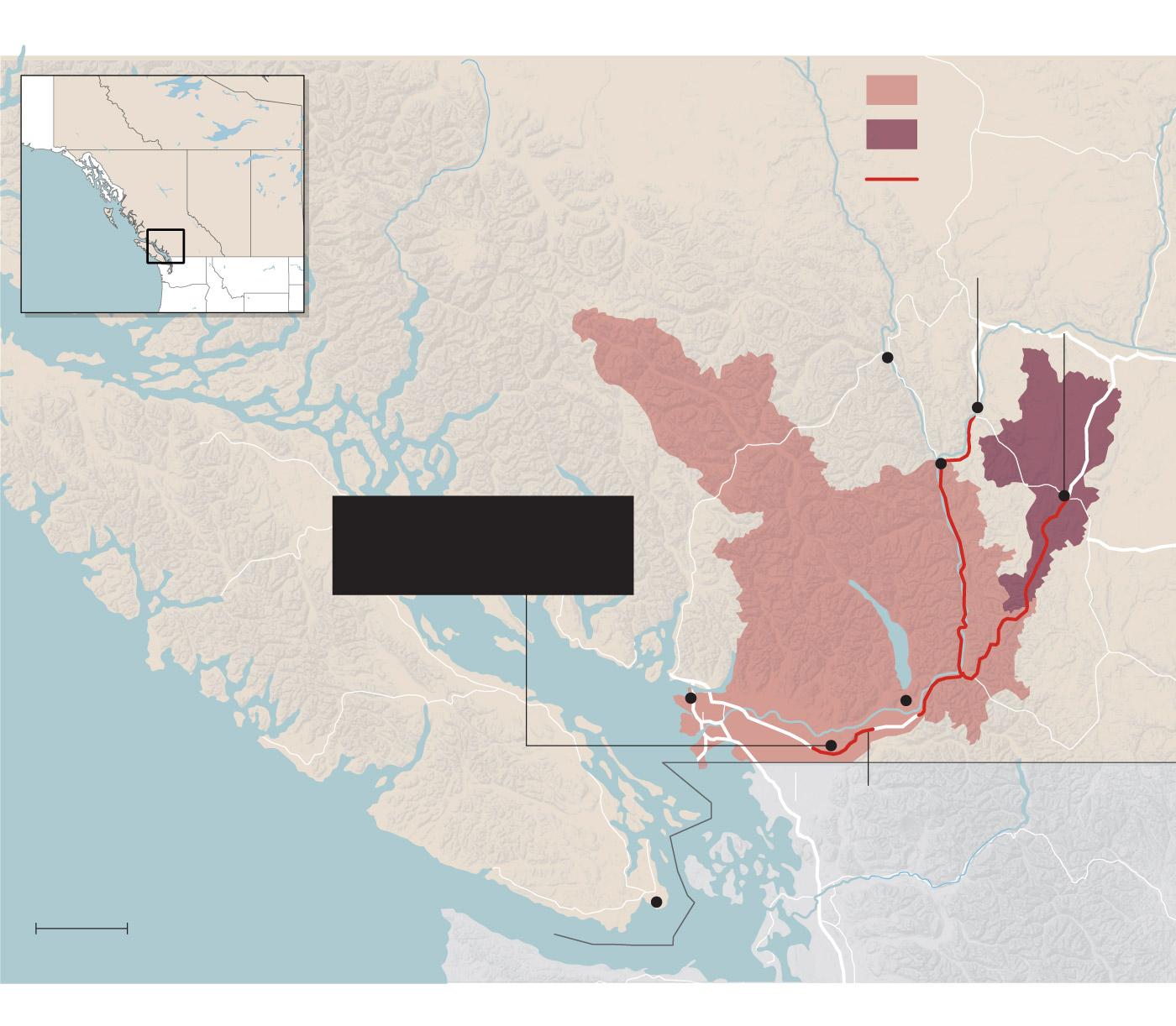 Sent to the Canadian Radio-television and Telecommunications Commission, the correspondence articulated the B.C. government’s position that the province would like to be able to use the cellphone technology to issue “a wide area intrusive alert for events such as tsunamis, earthquakes, wildfires, flooding, or major hazardous material events that require quick notification of large populations.”

So far this year, Alberta has used the public alerting system – also known as Alert Ready – 20 times, for police emergencies, wildfires, public-health emergencies and tornadoes. Ontario has used it 71 times. The Northwest Territories, with less than 1 per cent of B.C.’s population, has used it four times, for flash floods and one 911-related emergency. B.C. remains the only jurisdiction that has never used it at all.

“It is in place for tsunamis,” Mr. Farnworth said in a news conference on Monday. “We have publicly said it’s in place for next season’s fire season, starting in the central part of the province.”

He added that the Alert Ready system “is one tool. It is not a silver bullet” and that the province consults closely with communities that may have independently acquired their own alerting systems. North Vancouver and the B.C. Interior, for example, use local apps to warn residents of severe weather and other emergencies.

Greg Lowis, director of corporate services for the City of Merritt, noted that people in the Thompson-Nicola Regional District used a local app this week to warn residents not to drink the tap water and to inform them of evacuation orders.

“I was told that was going straight to 1,600 cellphones across the city,” he said. “So although I think we were planning campaign events to increase the uptake, those apps are incredibly useful. And I’m really glad that we use them in Merritt and other communities in B.C.”

Meanwhile, Union of B.C. Municipalities (UBCM) president Laurey-Anne Roodenburg said while it is still too early to debrief with local leaders, they have already been asking for more funding for local emergency management after earlier extreme weather events.

“It means more funding for preparation and prevention; it means improved communication in advance of, and during, an emergency; better data sharing; and more physical human resources after a physical response is underway,” said Ms. Roodenburg, who is also a Quesnel city councillor. All of those pieces have been asked for in the past.

The UBCM in August released a report on local governments’ financial resiliency, with a number of recommendations related specifically to climate change. They include a request to the province to direct a percentage of the carbon tax, on an annual basis, to local governments, to support mitigation and adaptation actions, as well as a request for a provincial funding stream dedicated to developing and implementing these local plans.

In 2018, UBCM members also requested to work with the province to provide access to the Alert Ready system “to broadcast critical and potentially life-threatening alerts to residents of their respective communities.”

“There is an old saying that an ounce of prevention is worth a pound of cure,” Mr. Cannings said in a statement. “Instead of waiting for the worst to happen, the Trudeau government must fund preventative measures to help minimize the harm and damage caused by climate-related disasters.”