The thousands who attended Pope Francis’s mass at the Basilica of Sainte-Anne-de-Beaupré on Thursday morning were not expecting yet another apology from the pontiff. But many had hoped they would be wrong.

Some of them wanted an apology that, they said, would recognize the broad institutional failings of the Catholic Church for its part in Canada’s abusive residential-schools system, instead of casting the blame on some bad priests and nuns, and the government officials who turned their backs to their appalling behaviour.

Kathryn Lambert of New Brunswick sat in a pew for two hours before the mass started at the enormous church set along the St. Lawrence River just east of Quebec City, lost in thought about the two years she attended a residential school in Nova Scotia in the mid-1960s, when she was a child.

She accepts that the Pope’s apologies made earlier in the week, including one made in Quebec City on Wednesday, were sincere – but feels they were not broad enough.

“It’s not a complete apology because the Pope is not taking full responsibility that it was the whole church that put that harm in the schools,” she told The Globe and Mail. “It bothers my people. The whole institution was at fault, and the government of Canada. They all have to admit their responsibility.”

Later Thursday, Pope Francis presided over evening prayers at Quebec City’s Notre-Dame de Quebec Basilica-Cathedral. His homily did not mention residential schools, but he did address sexual abuse for the first time during his visit to Canada.

He said the Catholic Church in Canada is on a new path, “after being hurt and devastated by the evil perpetrated by some of its sons and daughters.”

“I think in particular of the sexual abuse of minors and vulnerable people, scandals that require firm action and an irreversible commitment,” he said.

The English translation of Francis’s homily at Sainte-Anne-de-Beaupré does not specifically mention “residential schools.” Instead, the Pope obliquely referred to them by mentioning the failings and sins that led to the execution of the Messiah on the cross at Calvary, the site near Jerusalem where Jesus was crucified.

“At those times, we can do little more than cling to our sense of failure and ask: What happened? Why did it happen? How could it happen?” Francis said. “Brothers and sisters, these are our own questions, and they are the burning questions that this pilgrim church in Canada is asking, with heartfelt sorrow, on its difficult and demanding journey of healing and reconciliation.”

About three-quarters of the 1,400 seats inside the basilica went to Indigenous peoples, many of them residential-school survivors. Many in the pews were dressed in orange to represent the children lost in residential schools and the survivors. Thousands more watched the mass on giant TV screens outside, some carrying flags from their nations. 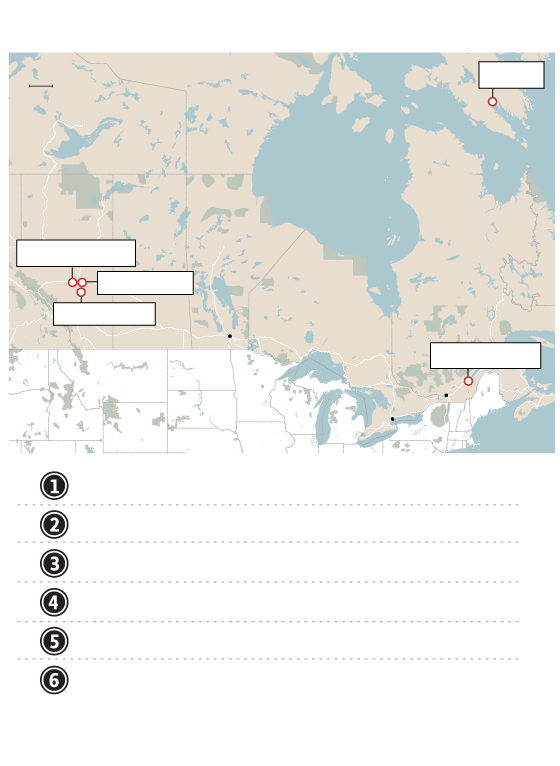 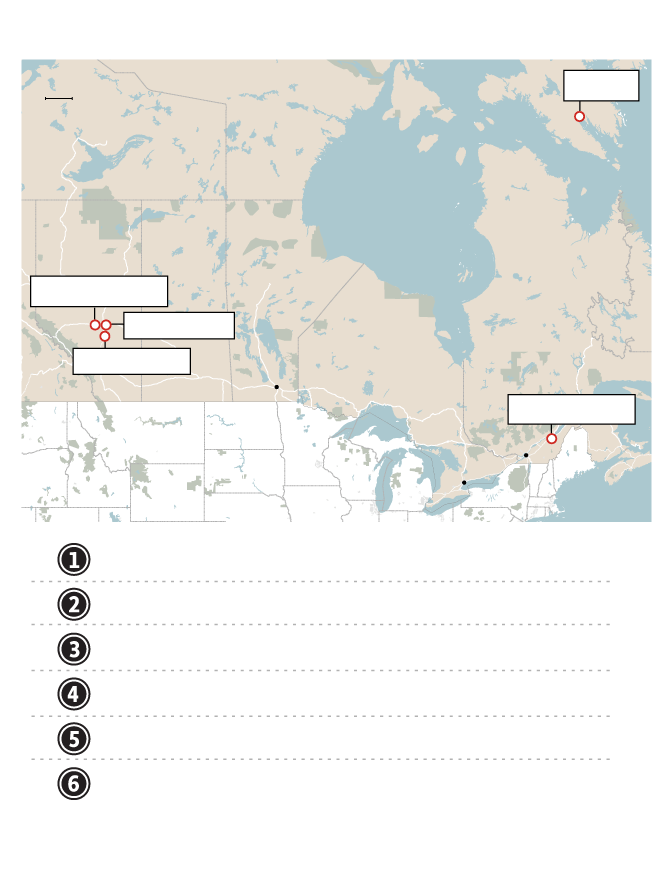 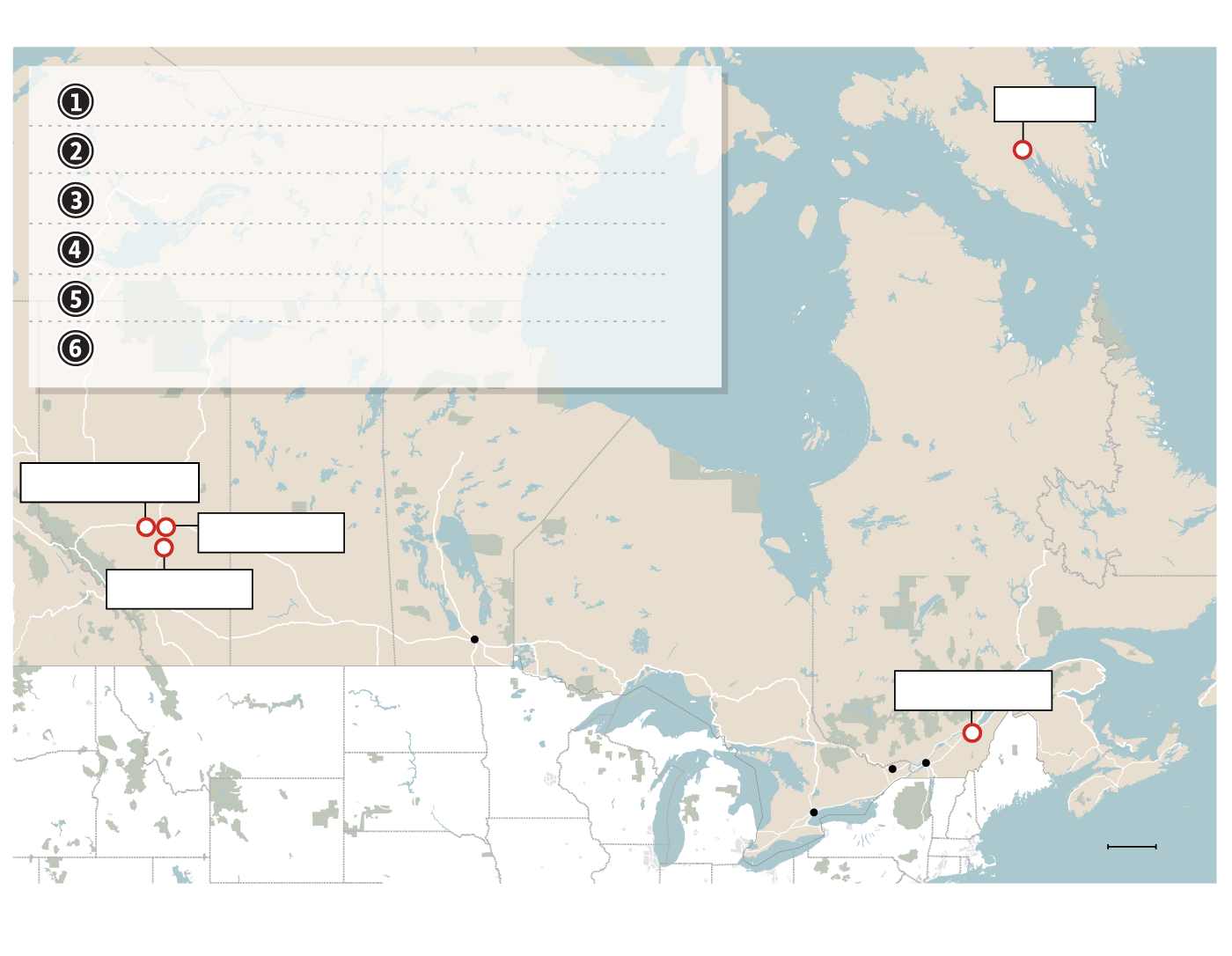 Francis has not accepted institutional blame for the abuse of Indigenous children in the residential schools, though he appeared to edge a bit closer to that admission on Tuesday, at the pilgrimage site of Lac Ste. Anne in Alberta. “All of us, as church, now need healing; healing from the temptation of closing in on ourselves of defending the institution rather than seeking the truth, of preferring worldly power to serving the Gospel,” he told a crowd of several hundred Indigenous peoples.

Before entering the Sainte-Anne-de-Beaupré church on Thursday, Prime Minister Justin Trudeau acknowledged that Francis could have said more this week in his apologies. “I have heard directly from a number of leaders and members of Indigenous communities that they would have hoped that he would go further, but at the same time, they felt some comfort in hearing his words,” he said.

Ms. Lambert was also disappointed that Francis omitted references to the Doctrine of Discovery, the concept promoted by popes centuries ago, through papal bulls, to authorize and justify the colonization of non-Christian lands beyond Europe.

Before the mass started, Indigenous rights advocates Sarain Fox and Chelsea Brunelle made their way to the pulpit in Sainte-Anne-de-Beaupré and unfurled a large banner that read “Rescind the doctrine.”

The pontiff has not mentioned the doctrine in his addresses this week. Canada’s bishops are working with the Vatican in the hope of issuing a new statement from the Catholic Church on the Doctrine of Discovery, the organizers of the papal visit said Wednesday.

Ghislain Picard, the Assembly of First Nations’ Quebec-Labrador Regional Chief, was at the mass Thursday. Mr. Picard said he intended to raise the 1493 Papal Bull along with repatriating sacred objects from the Vatican and accessing church archives during a meeting that evening with the Pope and Canadian bishops.

“All of that is part of the kind of actions or gestures that the Vatican can take in order to support reconciliation, if there is to be a true meaning to that,” Mr. Picard said.

Cassidy Caron, president of the Métis National Council, said she was disappointed that the theme of justice was not highlighted in the Pope’s tour, which ends Friday with a three-hour stop in Iqaluit. “On sexual abuse, we want a commitment from the Pope not to shield alleged perpetrators,” she said. “That has yet to be addressed.”

She also agreed that the acceptance of institutional blame was not fully addressed. “The Catholic Church as an institution played a role in perpetuating these harms in the schools and the communities,” she said.

On Wednesday, at the Governor-General’s mansion in Quebec City, Mr. Trudeau said “First Nations, the Inuit and the Métis have been calling on the Pope to apologize to survivors, to their families and to communities.

“To apologize for the role that the Roman Catholic church as an institution played in the spiritual abuse, cultural abuse, emotional abuse, physical abuse and sexual abuse of Indigenous children in church-run residential schools.”

At the Thursday mass, Elmer St. Pierre, National Chief for the Congress of Aboriginal Peoples, said both the church and the Canadian government had to accept institutional blame for the horror of the residential schools, which lasted for a century. “They tore down Sir John A. Macdonald’s statue,” he said. “But what about all the prime ministers after him who condoned the residential schools?”

With a report from The Canadian Press