If Vancouver or Calgary wish to join the select group of repeat Winter Olympics hosts, they might want to bid before temperatures rise too much.

The Winter Games were twice held in Canada: in Calgary in 1988, and Vancouver in 2010. A recent paper examining the suitability of previous Olympic sites for future Winter Games as Earth’s climate continues warming concluded both cities will remain “climate-reliable” hosts into the 2050s and 2080s, provided Paris Agreement greenhouse gas emissions-reduction targets are met.

If emissions remain on their current trajectories, however, both could be out of the running by late this century.

“Climate change will certainly shrink the geography of the hosts we can choose from, particularly in high-emissions scenarios,” said the paper’s lead author, Daniel Scott, a professor of geography and environmental management at the University of Waterloo in Ontario.

If Paris Agreement targets are met, only nine of the 23 historic hosts would be considered “reliable” by midcentury, a number that would remain largely unchanged later in the century. If global emissions continue on their current trajectory, however, Sapporo, Japan would be the only previous host to offer reliable conditions by 2080.

Candidate sites with reliably suitable climate conditions will diminish in number even if Paris Agreement emissions targets are met, and dwindle to just one under a ‘business as usual’ scenario

will diminish in number even if Paris Agreement

emissions targets are met, and dwindle to just one

under a ‘business as usual’ scenario 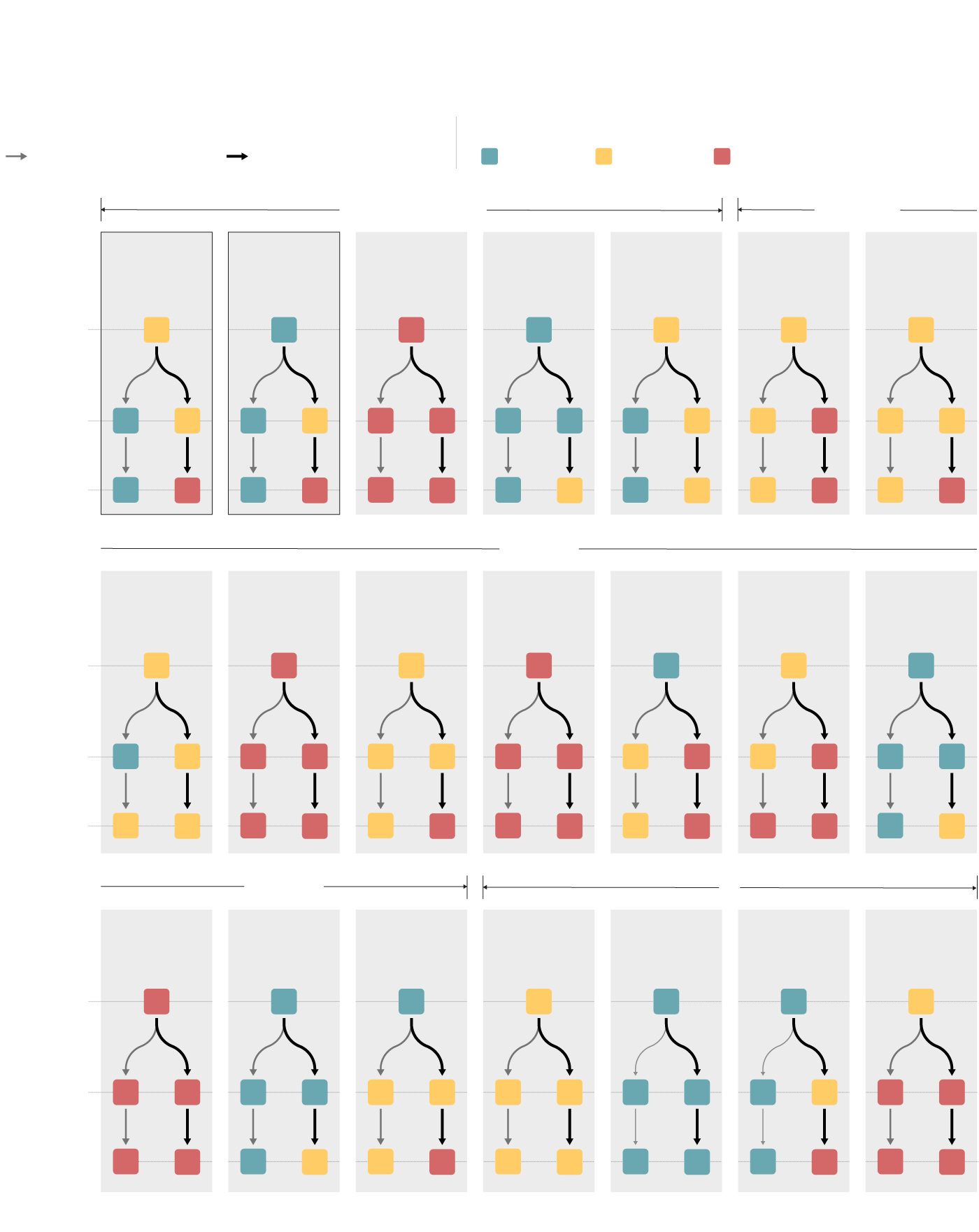 Candidate sites with reliably suitable climate conditions will diminish in number even if Paris Agreement emissions targets are met, and dwindle to just one under a ‘business as usual’ scenario

Published last month in Current Issues in Tourism, an academic journal, the paper is the latest installment in a growing body of research predicting mounting difficulties for the Winter Olympics in a warming climate. Previous studies deemed some historic hosts (including Chamonix, France, the site of the first Winter Olympics, in 1924) already unsuitable.

Climate change is also expected to impede people’s ability to play and practise winter sports, which could reduce the number and quality of competitors.

The paper’s authors consider outdoor snow sports, such as downhill skiing, freestyle snowboarding and biathlon relay, to be most at risk from climate change. Indoor sports, including ice hockey and figure skating, are far less likely to be affected. The Winter Paralympic Games, traditionally held a month after the Winter Olympics, are more threatened.

Previous studies focused on whether sites could reliably provide minimum conditions required for facilities to remain open. This latest research involved surveying 339 athletes and coaches to define the conditions necessary for fair and safe competitions, and factored in their views on adverse conditions.

“If a lift can run and there’s enough snow on the hill, that’s not necessarily the same as what’s ideal for a competition,” said Natalie Knowles, a co-author of the paper and doctoral candidate at the University of Waterloo who skied competitively between 2012 and 2016. “Especially a high-level competition like the Olympics.”

Athletes’ feedback informed the researchers’ development of four climactic indicators for each historic Olympic host: narrow/low snow, wet snow, rain, and unacceptable temperatures. Hosts were considered reliable if all four indicators were predicted to occur on fewer than 25 per cent of days in February. Dr. Scott said this approach narrowed the range of acceptable conditions from those assumed by previous studies.

“At one end, there are conditions that they would say are too cold – and we’ve seen a little bit of those complaints in Beijing – because it’s tougher for their body to stay limber,” he said. “But particularly over freezing, at about four or five degrees, the snowpack starts to degrade.”

Adverse weather conditions have plagued the Winter Olympics from the beginning. Organizing committees have long regarded this as being among their greatest challenges. (The 1928 Games in St. Moritz, Switzerland, suffered from warm weather.)

Future locations will be found in colder climates, it added, and at higher altitudes. “It is only a matter of time before winter sports become obsolete, and if we want to try and make them last, changes need to be made to ensure the Olympic Winter Games continue.”

The Olympics have a long history of adaptation. Sports such as speed skating moved indoors after unpredictable weather caused serious delays. Artificial snow-making was first implemented at the 1980 Lake Placid Games. At the 1988 Calgary Olympics, new chemicals were applied to ensure snow lasted longer in warm temperatures. For the 2010 Vancouver Games, additional snow was stored an hour away from mountain venues, in a provincial park. Some outdoor tracks have been refrigerated.

However, Dr. Scott said many technological solutions are reaching their limits. “Snow-making and the grooming that we’ve got, that’s as good as it’s gonna get,” he said. “Climate change is going to take away some of those warmer locations – they won’t be on the table anymore.”

The International Olympic Committee says it already analyzes meteorological data as part of its venue selection process. Temperatures must be cold enough for long enough.

In 2019 it appointed a Future Host Commission, which is responsible for studying the long-term challenges of staging winter events, including those related to climate change. Dr. Scott has recommended that the bidding process include climate risk assessments.

Recently, officials from Vancouver, Whistler, B.C. and four First Nations signed a memorandum of understanding in which they agreed to explore the feasibility of holding what was described as an Indigenous-led Winter Games in 2030. Calgary considered playing host to the 2026 Games but abandoned its bid after unfavorable results from a plebiscite held in Nov., 2018.

Chris Doyle, who served as an Environment Canada meteorologist for more than three decades, worked as a volunteer for both Vancouver’s 2010 Games and the 2030 feasibility study. As part of that study, he was asked to review the climate suitability of 15 resorts in Western Canada, and to identify those that would be at lower risk of adverse weather in 2030.

He said previous research shows that, at an elevation of 1,500 metres, average temperatures are rising 0.5 degrees each decade around Vancouver’s North Shore. “From one year to the next, you can enjoy terrific conditions followed by bad ones,” he said. “What the climate change data is telling us is that we can increasingly expect a higher frequency of bad ones.”

Mr. Doyle said he agrees with the researchers that the number of reliable Winter Olympics hosts will diminish over time. “Although you have to look at Beijing and and think: they produced an Olympics in terrain that had a climate that was pretty unsuitable for winter sports,” he added. “And they did that by using snowmaking. So there may be engineering ways around some of these problems.”

Overall results for Calgary and Vancouver in Dr. Scott’s study were identical: Both would remain “reliable” through 2080 under a low-emissions scenario, but under continued high emissions would become “marginal” by 2050 and “unreliable” by 2080. The researchers said Vancouver’s prospects would diminish more quickly than Calgary’s, mainly owing to higher expected February rainfall and temperatures.

Vancouver’s warmer outlook has to do with the fact that the researchers based their assumptions on locations used for previous events. The 2010 Olympics were held in Vancouver, Whistler and Cypress Mountain, the latter of which served as the venue for freestyle skiing and snowboard competitions. Cypress Mountain, in particular, was plagued by record-high winter temperatures, forcing organizers to bring in snow and straw bales.

“They probably learned their lesson from Cypress. … It is a more vulnerable location because of its exposure to marine climate influences,” Dr. Scott said.

In the past, the International Olympic Committee did not approve mountain locations that were great distances away from host cities, although lately it has become more flexible. Dr. Scott said future hosts should consider partnering with distant locations for joint bids. Vancouver and Calgary could both take advantage of the more reliable climate of British Columbia’s Interior, for example.

“That’s one area of the world that has good potential going forward to be very climate reliable, even under some of the warmer scenarios,” he said. Mr. Doyle confirmed that his own advice to the 2030 feasibility committee supported that conclusion.

Future bids could even involve two countries, Dr. Scott added. Montreal or Quebec City, which have both previously launched unsuccessful bids, could partner with Lake Placid, N.Y., or sites in Vermont.