Over the past few months, the term “inflation” has been unavoidable. From rising prices at the grocery store and buying gas to paying for rent and mortgages, it’s gone from being an economic concept to one that’s felt with every purchase. There can hardly be a household in Canada that hasn’t already felt staggered by inflation’s effect on most aspects of daily life.

But what, exactly, is it? Why is inflation driving up the cost of living in Canada and how does raising interest rates solve the problem? Here’s a breakdown of everything you need to know about the big I.

What is inflation and how is it calculated?

Inflation is a decline in the value of money – hence why $100 doesn’t go as far today as a decade ago.

The country’s main measure of inflation is the Consumer Price Index, which Statistics Canada calculates every month. CPI is comprised of a basket of goods and services, weighted by how people actually spend their money. For example, housing costs account for about 30 per cent of CPI, because the typical household allocates a large portion of its budget toward those costs; on the other hand, clothing and footwear is generally a smaller expense, accounting for 4 per cent of CPI.

Statscan tracks how the price of all goods and services in the CPI basket change over time, and ultimately, how that factors into the overall inflation rate. A lot of factors affect prices – how difficult a product is to find, the cost of labour and the raw materials used to make it, and competition among the places selling it, to name a few.

In June, StatsCan said it updated the CPI basket to reflect the relative importance of the goods and services bought by Canadian households, based on spending in 2021. The previous basket weights were based on 2020 purchasing patterns.

According to the Bank of Canada website, policies that stimulate economic growth can also cause inflation. For example, when people have more money, their demand for products and services can rise, and that can pull up prices.

CPI shouldn’t be confused with a cost-of-living index. Such an index measures the cost of maintaining a standard of living. Also, because the CPI basket is based on average household spending, it doesn’t always reflect an individual’s experience. For example, the escalating price of meat might not be relevant to vegetarians.

Gas prices in Canada have risen more than 55% since 2021, but how do they compare with other countries? Take a look at how the average price of gas in Canada compares with the highest and lowest in the world, and where Canada sits on the global average.

What is Canada’s current inflation rate? How does it compare historically?

Canada’s inflation rate fell in August, marking the second consecutive month inflation has slowed on an annual basis. The Consumer Price Index fell to 7 per cent in August from a year earlier – down from 7.6 per cent in July and 8.1 per cent in June, a near four-decade high.

On a monthly basis, the CPI fell 0.3 per cent – the largest monthly decline since the early months of the COVID-19 pandemic. After a string of troublesome inflation reports, this month’s rate offers some hope that the Bank of Canada’s campaign to restrain price growth through much tighter lending conditions is having its intended effect.

Gasoline prices, which fell 9.6 per cent in August from July, were a key driver of lower inflation.

From a broader historical perspective, inflation was north of 10 per cent in the mid-1970s and again in the early 1980s. In the early 1990s, when the Bank of Canada formally adopted maintaining low and steady inflation as its primary monetary policy objective, inflation still hovered around 5 per cent. But since the central bank set its inflation target at 2 per cent in 1995 – using interest rates to help steer inflation toward that rate – inflation has averaged very close to that target.

Why is inflation so high in Canada?

Several factors are driving the inflation run-up, including supply-chain disruptions that have led to product shortages; much higher commodity prices, which is partly because of Russia’s invasion of Ukraine; and cheap borrowing rates that fuelled a boom in home purchases.

There are tentative signs, however, that consumer price growth is close to topping out and inflation is close to reaching its peak. Crude oil, wheat and lumber are among several commodities that tumbled in July. Shipping rates on major trade routes are sinking from record highs. And used-car prices, which surged during the past two years, are showing early signs of tailing off.

How does inflation affect the cost of living?

The price of seemingly everything is on the rise, and steeper inflation is getting tougher for Canadians to avoid.

In August, Statistics Canada said that consumer prices rose 6.3 per on an annual basis – following a 6.6 per cent increase in July. This is the first month since June 2021 that the year-over-year CPI, excluding gasoline, has slowed.

Gasoline prices fell in August. But it was not only the pumps where consumers found some relief. Shelter costs dropped for the first time since January, 2021. Clothing and footwear prices also fell.

Which items have been most affected?

MURAT YÜKSELIR / THE GLOBE AND MAIL,

MURAT YÜKSELIR / THE GLOBE AND MAIL, 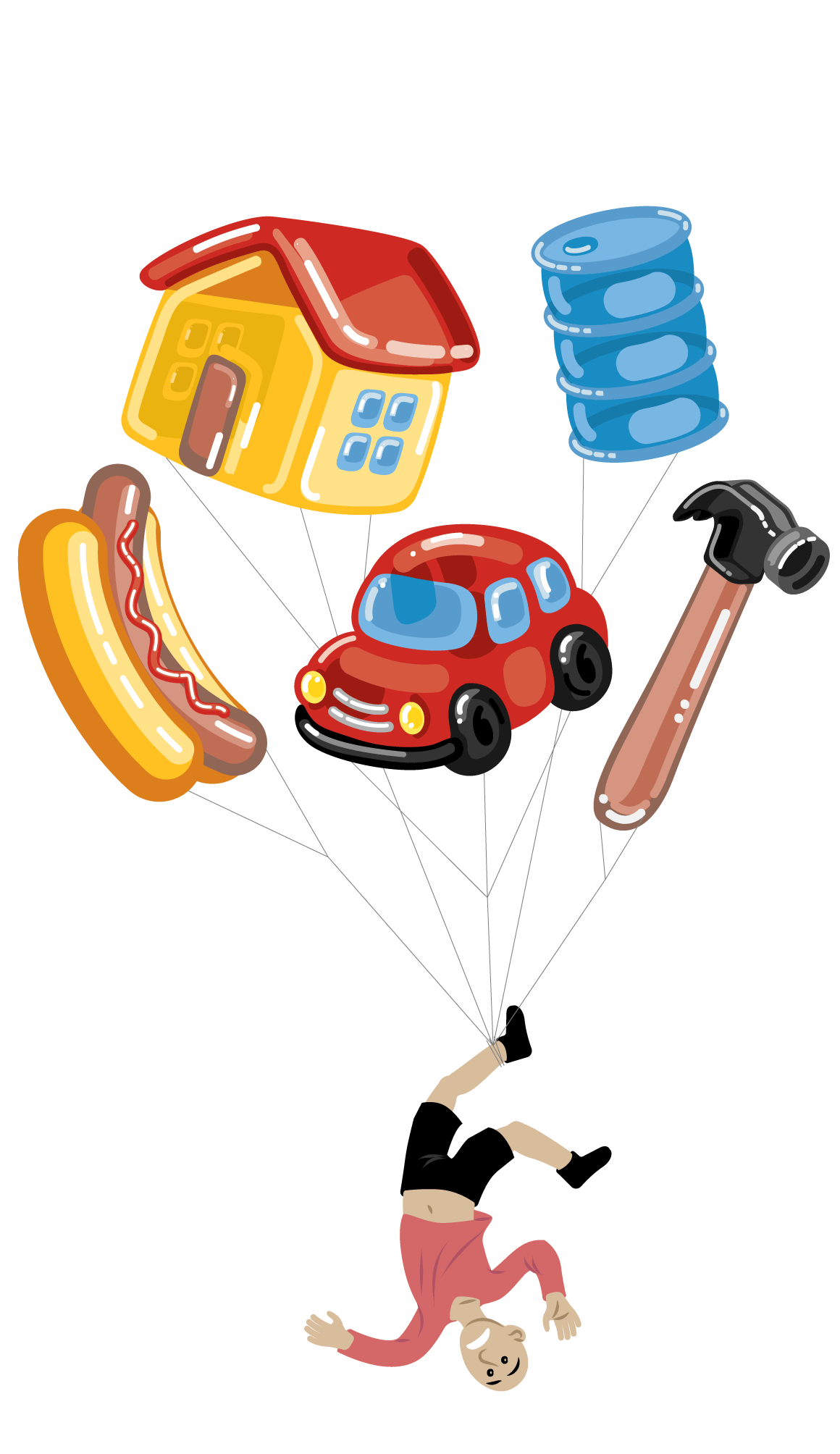 What will bring inflation down?

Time and interest rates are considered the biggest weapons to slow inflation. That’s why central bankers have embarked on their quickest pace of interest rate hikes in decades.

In July, the Bank of Canada raised its benchmark interest rate by one percentage point to 2.5 per cent – its fourth interest-rate increase this year and the most aggressive rate hike since 1998. The July 13 move follows rate increases in March, April and June, the latter of which was a second half-point increase rather than the usual quarter-point move.

The Bank of Canada move followed the U.S. Federal Reserve announcing its second consecutive 0.75 percentage point interest rate increase. The Fed’s move will raise its key rate, which affects many consumer and business loans, to a range of 2.25 per cent to 2.5 per cent – its highest level since 2018.

The Bank of Canada will make its next rate decision on September 7. Several more rate hikes are expected over this year as economists predict interest rates will likely need to keep moving higher to tame inflation.

The Bank of Canada aims to keep inflation close to 2 per cent to keep a stable currency, but the rate has now exceeded the bank’s target range of 1 per cent to 3 per cent for a full year. That streak is expected to last a while longer with the central bank expecting inflation to average more than 5 per cent in 2022.

“Rising interest rates are designed to slow the economy by making borrowing more expensive. That tends to slow sectors like housing,” Bank of Canada deputy governor Toni Gravelle said in a speech on May 12. “But this slowing might be amplified this time around because highly indebted households will face high debt-servicing costs and will likely reduce household spending more than they would have otherwise.”

Interest rates and inflation are closely linked, which is why the Bank of Canada has been pushing up its key rate to try and keep inflation to a target of 2%. But it’s a careful balance between controlling inflation and not tipping the economy into a recession. Note - since this video was published in June, inflation has risen to 8.1% in July.

Are wages keeping up with inflation?

In short, no. Around two-thirds of Canadians have seen inflation outpace their wage gains over the pandemic.

In August, the average hourly wages rose 5.4 per cent on an annual basis, meaning that, on average, prices rose faster than wages. Although Canadians experienced a decline in purchasing power, the gap was smaller than in July.

Meanwhile, Canada’s unemployment rate shot up in August as the economy shed jobs for a third consecutive month. According to a Statistics Canada report, employment fell by 40,000 in August, taking total losses since May to 114,000.

The job losses in August were largely concentrated among young people (15 to 24) and those approaching the traditional retirement age (55 to 64). Employment fell by 28,000 in the public sector, while the contraction was hefty in both educational services (50,000) and construction (28,000).

It’s “still a job market where opportunities for workers are plentiful,” said Brendon Bernard, senior economist at Indeed Canada. “But the outlook is definitely more uncertain.”

How long will inflation remain high?

A key concern among economists is that Canadian consumers and businesses – who negotiate wages and set prices, respectively – expect inflation to remain high for the next two years, according to Bank of Canada surveys, which could keep CPI on an elevated path for some time.

The Bank of Canada expects inflation of 7.2 per cent this year and 4.6 per cent in 2023, having revised its CPI forecast higher several times. The central bank also projected in July that inflation won’t return sustainability to its 2-per-cent target until late 2024.

The stakes are high for the central bank, which is looking to keep inflation expectations in check and guard its reputation as the steward of low and stable inflation.

“We have a full-on inflation issue, and the central banks need to play catch-up, with haste,” Bank of Montreal chief economist Doug Porter recently wrote to clients.

Peak inflation? Why some prices are tumbling fast

Inflation nation: Why the price of seemingly everything is on the rise

Why Canada’s inflation rate is likely much higher than reported

Going back to the office? It will cost you

With reports from Matt Lundy, Erica Alini, Mark Rendell and the Canadian Press